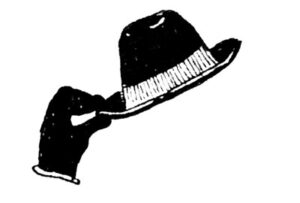 Now, I’ve always thought that if this factual assessment is right, one would expect that, after a political advertisment is broadcast, there would be riots in the streets within hours, and that if a whole campaign of political advertisments is broadcast, the fabric of society would be torn to shreds. And yet, before the Trócaire ads were amended, there was not a peep. But that may have been because the ads were pulled very quickly. If only there were an example of a long-running political advertising campaign, to test the reality of social unrest. Well, now there is. As Daithí (first hat tip) points out in Political Advertising: A Footnote, the Broadcasting Complaints Commission (the BCC) has upheld complaints by (former Green Party MEP and current general election candidate) Patricia McKenna and (my former TCD colleague) Tony Coughlan that six adverts in a series of nine broadcast last year to promote the European Union were ‘political’ in that sense. Right, so here we have a whole campaign of political advertisments. If there were a shred of validity in the public order concerns underlying sections 20(4) and 10(3), then these advertisments should have led to widespread disorder. But I search in vain for news reports of pitched battles between europhobes and the Gardaí in Dublin’s leafy suburbs early last Autumn. Neither did I hear of any violent demonstrations by enraged grocers when the Interim National Consumer Agency ran an advertising campaign against the Groceries Order (since repealed), although the BCC upheld a complaint in January against it on the grounds that it was prohibited political advertising. Perhaps I just wasn’t paying attention to the news at the right times? Moreover, now that the free speech guarantees in the Constitution are finally beginning to get some teeth because the right of a free press to communicate information without let or restraint is intrinsic to a free and democratic society, perhaps the Courts might revisit the conclusions in Murphy and Colgan?

The second development this week concerns the right to privacy at English law. As Gavin Phillipson demonstrated during a recent Dublin Legal Workshop presentation, Privacy Law in the UK is still in need of clarification. I had rather hoped that an appeal to the House of Lords in a privacy action taken by canadian chanteuse Loreena McKennitt might help. I had previously mused that Kate Middleton’s treatment at the photos of the English tabloid press might do so. However, I now learn from MediaPal@LSE (second hat tip) that these are not to be: Note: House of Lords refuses to hear McKevitt v Ash; and PCC off the hook? Middleton pulls complaint. From the point of view of the development and clarification of privacy law, these are unfortunate developments. But one thing is certain, it won’t be long before the tabloid appetite for celebrity tittle-tattle generates other privacy infringement cases, and one of these will almost inevitably bring this much needed clarification.