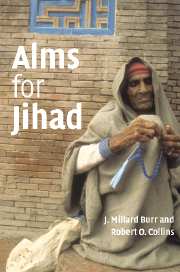 This species of forum shopping is called libel tourism; it is said that it chills investigative journalism; and Alms for Jihad is not the only example – see another NYT piece Are Saudis Using British Libel Law To Deter Critics? and a very informative piece on SFGate.com (the San Francisco Chronicle site) Libel Tourism: Where Terrorism and Censorship Meet. In particular, another of those who has had to defend such claims is Rachel Ehrenfeld; her experiences are set out in an earlier NYT piece Seeking U.S. turf for a Free-Speech Fight (and see also the Boston Globe‘s piece here); she wrote a letter to the NYT a few weeks ago to correct some of the details in Donadio’s story; and her take on the Alms for Jihad controversy is here.

Some authors and publishers have been able to stand their ground in the face of such foreign litigation (Matthew Levitt recounts his own experience to this effect here). But not all have been able to do so, and it remains a real problem for which several solutions have been offered. For example, writing recently in the NYT about Home Court Advantage, (reprinted in the International Herald Tribune as The ‘Libel Tourism’ Threat), Emory scholars Michael J Broyde and Deborah E Lipstadt argue

To protect authors in the future, Congress should pass legislation preventing any American court – state or federal – from enforcing libel judgments issued by foreign courts, so that anyone wishing to sue an American for libel must do so in the United States. This would be an exception to our usual practice with regard to British court judgments, which are usually enforced here. But because the differences in American and British libel laws are drastic, special protections are needed to uphold our tradition of free speech.

Although the suggestion is gaining some positive reaction in the US, it may no longer be necessary. It seems to me that in making the Reynolds defence far easier to plead and rely on, the House of Lords in Jameel v Wall Street Journal Europe [2006] UKHL 44 (11 October 2006) (also here) has made it correspondingly more difficult for libel tourists to go shopping to the UK for a more congenial forum in which to litigate their libel suits.

4 Reply to “Should Jameel spell the end of ‘libel tourism’ to the UK?”