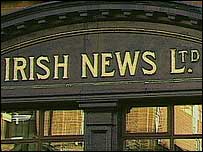 Under the above headline, the BBC is reporting that “the Court of Appeal [in Northern Ireland] has quashed a controversial libel case, seen as a watershed for press freedom”. As already discussed on this blog (here, here and here) food critics writing restaurant reviews will usually be able to rely on the defence of fair comment. As I noted in an earlier post, the case arose out of a review of a Belfast pizzeria in the Irish News. According to the BBC report:

A Â£25,000 libel award was initially made to Goodfella’s pizza restaurant in Belfast, after a jury found the paper’s food critic’s review defamatory. The court has now ruled that the jury in the original trial had been misdirected on whether the opinions were defensible as fair comment.

Journalist Caroline Workman‘s review criticised staff, the quality of food and drink, and the smokey atmosphere. Ciarnan Convery, the owner of the business, brought the libel action in February, 2007, claiming that the article was defamatory, damaging and hurtful.

Lawyers for the paper had defended their criticism of the restaurant on the basis of justification and fair comment. Delivering judgment, Lord Chief Justice Sir Brian Kerr said: “Although I consider it likely that a properly directed jury would conclude that a sufficient factual substratum existed for the comment… I cannot be certain that this is so and I would therefore order a retrial.”

The full text of the judgment is available here and here.

My favourite comment (marginally ahead of the Guardian‘s wonderfully entertaining list of quotes from bad reviews) comes from Jay Rayner (food critic, whose weekly Observer column is part of my Sunday ritual) on the Guardian‘s comment is free blog site:

A notorious decision awarding libel damages to a restaurant for a bad review has been overturned. Quite right: critics must be free to criticise

It’s triple creme brulees all round! The Irish News has won its appeal against the Â£25,000 libel damages it was ordered to pay in 2007, over a damning review of a Belfast pizzeria by their restaurant critic. Those of us who earn not only our crust, but the rest of the loaf and the three courses that follow from reviewing restaurants may safely dip our quills in an inkwell overflowing with venom once more.

Or we would, were it not for the fact that none of us allowed this libel case to change the way we wrote in the first place. …

Restaurant criticism – indeed, any criticism – is just another form of journalism, and governed by exactly the same laws. As of today, there isn’t a law against writing a really, really bad review. It’s called fair comment, and yesterday’s ruling upheld that principle. Those of us who do the job know this. Many of us, myself included, cut our teeth on other beats. In my time, I’ve covered everything from murders to war crimes trials, race crime to mental health, and in all of those subjects, knowledge of the laws of libel comes in handy. Now that I write about restaurants, it’s pretty useful, too. This libel case has changed nothing.

For a substantial entrée to the issues, see Take one chef, add a dash of criticism, and leave to simmer (Daily Telegraph). For a similar, though less tasty, dish, see Calm down dear, it’s only my opinion! Michael Winner defends every critic’s right to be rude (Daily Mail).