William VIII, Duke of Brunswick (pictured left; 1806-1884) was ruling duke of the Duchy of Brunswick from 1830 until his death. A famous eccentric, he bequeathed at least two interesting events to history. First, he lost a famous chess game to Paul Morphy (the Bobby Fischer of his era). Second, he won an infamous libel appeal which now governs internet publication at English and Irish law. 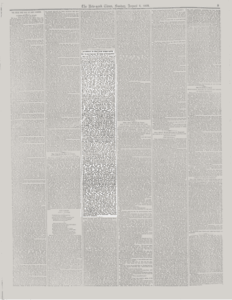 In Loutchansky v Times Newspapers [2002] QB 783, [2001] EWCA Civ 1805 (05 December 2001) the Court of Appeal declined to follow the US rule and instead reaffirmed Duke of Brunswick v Harmer. The Court declined to “accept that the rule in the Duke of Brunswick imposes a restriction on the readiness to maintain and provide access to archives that amounts to a disproportionate restriction on freedom of expression”, and held that it applies to internet archives. In effect, every time a newspaper’s online archive is accessed, there is a new publication and the limitation period starts to run from that date, and not from the date of the original publication. This proposition has significant consequences for freedom of expression (see Amanda Russell and Margaret Smillie [2005] JILT 3). In the European Court of Human Rights, the Times therefore argued that the rule in Duke of Brunswick v Hamer exposes publishers to potential litigation without time limit, and therefore infringes Article 10 of the European Convention on Human Rights.

45. The Court agrees at the outset with the applicant’s submissions as to the substantial contribution made by Internet archives to preserving and making available news and information. Such archives constitute an important source for education and historical research, particularly as they are readily accessible to the public and are generally free. The Court therefore considers that, while the primary function of the press in a democracy is to act as a “public watchdog”, it has a valuable secondary role in maintaining and making available to the public archives containing news which has previously been reported. However, the margin of appreciation afforded to States in striking the balance between the competing rights is likely to be greater where news archives of past events, rather than news reporting of current affairs, are concerned. In particular, the duty of the press to act in accordance with the principles of responsible journalism by ensuring the accuracy of historical, rather than perishable, information published is likely to be more stringent in the absence of any urgency in publishing the material.

46. The Court further observes that the introduction of limitation periods for libel actions is intended to ensure that those who are defamed move quickly to protect their reputations in order that newspapers sued for libel are able to defend claims unhindered by the passage of time and the loss of notes and fading of memories that such passage of time inevitably entails. In determining the length of any limitation period, the protection of the right to freedom of expression enjoyed by the press should be balanced against the rights of individuals to protect their reputations and, where necessary, to have access to a court in order to do so. It is, in principle, for contracting States, in the exercise of their margin of appreciation, to set a limitation period which is appropriate and to provide for any cases in which an exception to the prescribed limitation period may be permitted (see Stubbings and Others v the United Kingdom, 22 October 1996, §§ 54-55, Reports of Judgments and Decisions 1996-IV).

47. On the facts of the present case, the Court considers it significant that, although libel proceedings in respect of the two articles were initiated in December 1999, the applicant did not add any qualification to the articles in its Internet archive until December 2000. The Court recalls the conclusion of the Court of Appeal that the attachment of a notice to archive copies of material which it is known may be defamatory would “normally remove any sting from the material”. To the extent that the applicant maintains that such an obligation is excessive, the Court observes that the Internet archive in question is managed by the applicant itself. It is also noteworthy that the Court of Appeal did not suggest that potentially defamatory articles should be removed from archives altogether. In the circumstances, the Court, like the Court of Appeal, does not consider that the requirement to publish an appropriate qualification to an article contained in an Internet archive, where it has been brought to the notice of a newspaper that a libel action has been initiated in respect of that same article published in the written press, constitutes a disproportionate interference with the right to freedom of expression. The Court further notes that the brief notice which was eventually attached to the archive would appear to undermine the applicant’s argument that any qualification would be difficult to formulate.

In other words, the Court ducked the question of the compatibility of the rule in Duke of New Brunswick v Harmer with Article 10 by holding instead that a note in an archive article removing the sting of the libel is not a disproportionate imposition on the publishers’ rights. This may be true on the facts of the case itself, but it is hardly proportionate for a publisher with a large database to be asked to monitor every article. In that case, the question the Court ducked is absolutely central, and it gave a hint as to how it might decide a future case:

48. … The Court would, however, emphasise that while an aggrieved applicant must be afforded a real opportunity to vindicate his right to reputation, libel proceedings brought against a newspaper after a significant lapse of time may well, in the absence of exceptional circumstances, give rise to a disproportionate interference with press freedom under Article 10.

It’s a pity that the Court didn’t have the cojones to make that the basis of their holding. Section 10 of the (still delayed) Defamation Bill, 2006 provides:

This is not an easy section to parse; but it seems to me that two subsequent clicks on the same internet archive article constitute “the same defamatory statement” to two persons, but not contemporaneously. If that is the case, then if and when the Bill becomes law, and if this section survives unscathed, then section 10 would reverse the rule in Duke of Brunswick v Harmer. In the meantime, though, it has survived this challenge in the European Court of Human Rights.

I suppose I should go and check my archives then!

10 Reply to “Article 10 and the Duke of Brunswick”