Index on Censorship has published a short edited extract from Ideas That Matter: Key Concepts for the 21st Century (Weidenfeld & Nicolson, 2009) by AC Grayling, Professor of philosophy at Birkbeck College, University of London, in which he provides a compelling and pithy case in favour of free speech and against censorship:

It’s a surprise to learn how universal censorship is 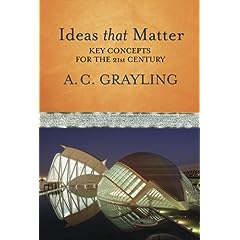 While even the most tyrannical regime will pay lip service to free speech, it is a right that is constantly denied.

There are two bedrock civil liberties without which the very idea of civil liberty is empty. They are freedom of speech and due process of law. … The fundamental justifications for freedom of expression are as follows. First, it is an intrinsic right of every individual not to be forced to think, speak and believe at the dictate of others, but to do these things of their own free accord. Secondly, it is of the essence to the possession and protection of other liberties that individuals have this right. Thirdly, in the absence of the first two considerations, the full development of the human individual is vastly more difficult and in most cases not even possible, Fourthly, freedom of expression is essential to the interchange of ideas and views, and discussion of them, without which society cannot be healthy or mature. Fifthly, by means of the fourth point it promotes and aids the quest for truth or at very least sound and responsible knowledge. Sixthly, it is a vital check on government, which can too easily veer into tyranny without it. … the enemy of all that freedom of expression makes possible — the six points, at least, detailed above — is censorship. It comes as a surprise to most people to learn how universal censorship is, even in contemporary Western liberal democracies. … It is ubiquitous and constant. It does vastly more harm than good.

6 Reply to “Why protect free speech?”