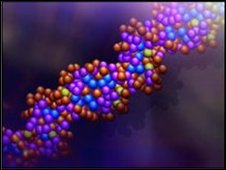 In S and Marper v UK 30562/04 [2008] ECHR 1581 (4 December 2008), the applicants complained that their fingerprints, cellular samples and DNA profiles had been retained by the police, pursuant to section 64 (1A) of the Police and Criminal Evidence Act 1984, notwithstanding that proceedings against them had ended with an acquittal or had been discontinued. The European Court of Human Rights upheld their complaints:

125. … the blanket and indiscriminate nature of the powers of retention of the fingerprints, cellular samples and DNA profiles of persons suspected but not convicted of offences, as applied in the case of the present applicants, fails to strike a fair balance between the competing public and private interests and that the respondent State has overstepped any acceptable margin of appreciation in this regard. Accordingly, the retention at issue constitutes a disproportionate interference with the applicants’ right to respect for private life and cannot be regarded as necessary in a democratic society.

The UK government’s response, after consultation, was to say that, whilst the underlying samples would be destroyed, the DNA profiles derived from them would continue to be stored on the database. In an interview with the Guardian last April, Prof Jeffreys said he was left “almost speechless” by reports of this response. Moreover, in an extraordinary move, police have subsequently been instructed to ignore the ECHR decision until these new guidelines could come into force next year. Inevitably, there have been objections that this response will also be found wanting in the ECHR.

I am sure the Department of Justice is watching this issue very closely, given that they published a scheme for a Criminal Justice (Forensic Sampling and Evidence) Bill in 2007, which also provides for the storing of samples from suspects in a database. Marper has probably taken the wind out of the sails of the detail of that proposal, but whatever the UK government successfully gets away with in the ECHR will provide a map to the Department as it continues its work on that Bill.