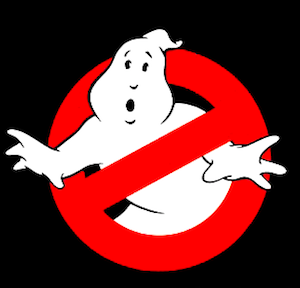 First, in the context of the formation of contracts, a misrepresentation is a false statement of fact made by one party, which causes another party to enter into the contract, and which gives that latter party the right to set the contract aside. So, if you were spooked enough to ask whether the house was haunted, and if the sellers were skeptical enough to say that it wasn’t, and if a court were to find that it was in fact haunted, then you would be able to set the contract aside for misrepresentation.

Second, whilst there is no general duty of disclosure, particular duties of disclosure can – exceptionally – arise; in such cases, a material non-disclosure by one party, which causes another party to enter into the contract, gives that latter party the right to set the contract aside. So, even if you didn’t ask whether the house was haunted, but if a court were to find that it was, that the sellers knew about it, that they chose not to tell you about it, and that they should have done, then you would be able to set the contract aside for this material non-disclosure.

Well, in Stambovsky v Ackley 572 NYS 2d 672 (NY App Div 1991) (blog post | ContractsProf Blog here and here | full text | the house | wikipedia), the New York Court of Appeals confirmed the orthodoxy that the doctrine of caveat emptor imposes no duty upon the vendor of property to disclose any information concerning the property; but it held that, by way of exception, a duty of disclosure could arise if there is some conduct on the part of the vendor which constitutes “active concealment”. Moreover, in an entertaining decision citing Hamlet and Ghostbusters (the movie and its theme song), the Court held that since the seller had deliberately fostered the public belief that her house was haunted, she was estopped from denying that it was, and it followed that

…. as a matter of law, the house is haunted.

The purchaser was not a local and was unaware of the house’s reputation, which the seller actively sought to conceal during the negotiations for the purchase and sale of the house:

It has been remarked that the occasional modern cases which permit a seller to take unfair advantage of a buyer’s ignorance so long as he is not actively misled are “singularly unappetizing” (Prosser, Torts § 106, at 696 [4th ed 1971] [[5th ed here]]). Where, as here, the seller not only takes unfair advantage of the buyer’s ignorance but has created and perpetuated a condition about which he is unlikely to even inquire, enforcement of the contract (in whole or in part) is offensive to the court’s sense of equity. Application of the remedy of rescission … is entirely appropriate to relieve the unwitting purchaser from the consequences of a most unnatural bargain.

Hence, on these unusual facts, the court allowed the purchaser to rescind or set aside the contract. the facts may have been unusual, but the legal structure of the argument was not. It is a classic case of material non-disclosure. An excellent example is provided by Obde v Schlemeyer 56 Wn 2d 449, 353 P2d 672 (1960). Here, the Supreme Court of Washington held that seller of house should have told buyer that it was infested by termites. Although the vendors knew there was widespread termite infestation in the residence, the purchasers did not. The vendors argued that they had no duty to inform the purchasers of the termite condition because the purchasers had not so inquired. This court, however, held that such a duty existed, and allowed the purchasers to set aside the contract. Moreover, Obde v Schlemeyer has been several times referred to as a classic example of fraudulent concealment (Hughes v Stusser 68 Wn 2d 707, 415 P2d 89 (1966); Atherton Condominium Association v Blume Development Co 115 Wn2d 506, 799 P2d 250 (1990)). Once the Court in Stambovsky found that the seller was estopped from denying that the house was haunted, then it was exactly the same as Obde: in both cases, an important fact was concealed by the seller, and it was such an important fact that it would have changed the purchaser’s mind had it been disclosed. As the New York Times observes, in an article headlined Some Buyers Regret Not Asking: Anyone Die Here?

Today, a home associated with a murder or suicide can become what some brokers call a stigmatized property. So can homes reputed to have a resident ghost. Although they are free of physical defects like leaky roofs or lead paint, such properties can so spook potential buyers that they linger on the market and command less than market value. Or, the discovery of the death can prompt a sudden change of course.

The moral of the story, I suppose, is that a seller might have no general duty to speak, but should nevertheless consider whether silence really is the best policy in the face of stigmatizing facts. For example, it seems that Joan Rivers is seeking to sell her Fifth Avenue penthouse apartment, and there are reports that purchasers may get not only the formal dining room and ornately panelled library but also the ghost of a previous owner, so the question is whether she should come clean about the apartment’s additional occupant.

However, the law is different on this side of the Atlantic. Sykes v Taylor-Rose [2004] All ER (D) 468, (2004) 2 P&CR 30, [2004] EWCA Civ 299 (27 February 2004) is a graphic example. The defendants sold their house eighteen months after discovering that it had been the scene of a gruesome and infamous murder; the plaintiffs purchased the house, but learned of its history seven months later when it was featured on a television programme about the murder. (It was a very controversial case, which has featured in many news stories). The Court of Appeal reaffirmed the orthdoxy that there is, in property transactions, no general duty of disclosure (so that the doctrine of caveat emptor applied without exception). Failing to disclose a history of this kind would amount to active concealment giving rise to an actionable non-disclosure in the US, but not in the UK. Perhaps, therefore, the millionaire businessman who claimed that ghosts forced him to flee the 52-room Nottinghamshire mansion he had bought the previous year should instead have kept silent and simply sold the mansion. In that case, instead of calling Ghostbusters, or his lawyers, he should have called his estate agents. And if you’ve bought a haunted house, perhaps you might wish to do the same.

4 Reply to “Have you bought a haunted house? Who you gonna call?”