Via ECHR blog, news of an important article:

Article on ECtHR and Comparative Law 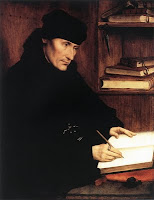 Monika Ambrus, a colleague within the Netherlands School of Human Rights Research, based at Erasmus University Rotterdam, has posted ‘Comparative Law Method in the Jurisprudence of the European Court of Human Rights in the Light of the Rule of Law’ on SSRN. The article has appeared in the Erasmus Law Review (vol. 2. No. 3, 2009). This is the abstract: