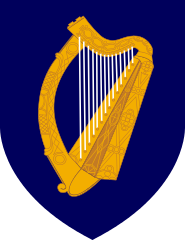 In Ireland, defamation is absolutely excluded from the legal aid regime by section 29(8)(a)(i) of the Civil Legal Aid Act, 1995 (also here), and the 2009 Act does not ameliorate this in any way; but since there is no constitutional right to civil legal aid at Irish law, if it is invalid, the remedy is a declaration of incompatibility with the ECHR under section 5 of the European Convention on Human Rights Act, 2003 (also here). The presumption of falisty could, by virtue of the interpretative obligation under section 2 of the ECHR Act, 2003 (also here), be removed by a literal interpreation of sections 2 and 6(1) of the 2009 Act. And the rule in section 12 that a body corporate can sue without proof of special damage could be reversed by a finding of unconstitutionality or a declaration of incompatibility.

Certain provisions of the Act relating to defences are also questionable. For example, section 15(1) provides for the abolition of pre-Act defences, but it fails to provide for a saver for any defences which may have been generated by the Constitution or the Convention, such as the emergent defence of responsible publication in the public interest. Again, section 20(1) provides for a defence of honest opinion, renaming and replacing the defence of fair comment. The plea in Hunter v Duckworth [2003] IEHC 81 (31 July 2003), dodged by the Supreme Court, was that the common law was defective having regard to the constitutional protections of the “right to express freely … convictions and opinions”. If the impact of the constitution in this area is determined at a later stage in Hunter, then section 20(1) will have to be measured against it. And the puny new defence of fair and reasonable publication in section 26, is likely to be overpowered by the development – driven by the Constitution and the Convention – of a public interest defence and new species of qualified privilege.

Of course, these are only prospects, even if they are open on the text of the Act as it stands. But they are still worthy of consideration, and they demonstrate that the Act raises as many questions as it has answered.

6 Reply to “Defamation and the Constitution”