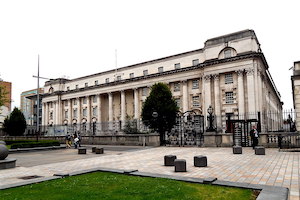 on the authority of Re Wislang’s Application [1984] NI 63 (.doc) and Thomas v University of Bradford [1987] AC 795 (.doc) the matters in dispute would presently fall exclusively within the visitorial jurisdiction of the university – subject only to the possibility that any ultimate decision of the Board of Visitors might itself be judicially reviewable. [emphasis in original]

Given the extreme reluctance on the part of the courts go behind purely academic decisions, the best strategy for an applicant is to object to a different matter, not to the academic judgment but the procedures that led to it or to the subsequent appeal procedures. The two main routes to put such procedures in issue are to seek judicial review or to allege that the failure to follow them constituted a breach of contract (and such claims are becoming increasingly common). The applicant in Croskery sought judicial review. Some internal procedures were still available to the applicant, up to and including the Board of Visitors [in England and Wales, the Visitorial jurisdiction has been replaced by the Office of the Independent Adjudicator], but he sought to argue that Article 6 of the European Convention on Human Rights applied to ensure that such hearings complied with Article 6, so that, in particular, that he will have the benefit of legal representation. His essential argument was that the decisions in Wislang and Thomas could no longer be regarded as sound law because of the application of Article 6 of the Convention. It provides, in pertinent part:

to support the proposition that the assessments and/or the procedures for determining disputed degree assessments and classifications fall within Article 6. The assessments themselves are plainly a matter of academic specialised judgment and whilst the outcome of the procedures for determining disputed classifications is a matter of considerable import for an individual they are not concerned … with determining rights of access or any other civil right within the meaning of Art 6. The assessments and, more importantly for present purposes, the reviewing supervision of the relevant subject Board of Examiners, which is made up of senior academics in the relevant subject field, does not, in my view, involve the determination of any civil right … [emphasis added]

The applicant also relied on Article 2 of the First Protocol to the Convention, providing that “No person shall be denied the right to education”, but Treacy J held this right had not been denied; rather, the applicant has had access to and has exercised his right to third level education. Moreover, Treacy J held that the Article “says nothing about rights to degrees or other academic qualifications much less to their academic assessment” and therefore did not apply in this case.

As a consequence, since neither Article of the Convention was engaged, the matter remained exclusively within the jurisdiction of the Board of Visitors, Wislang and Thomas applied, and the application for leave to apply for judicial review was refused.