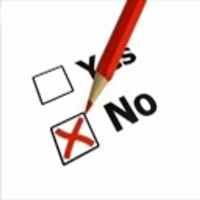 The amendment proposes that “provision may … made by law to make proportionate reductions to the remuneration of judges” in certain circumstances. Leaving aside those circumstances, this simply allows the reduction of judicial salaries to be effected by legislation, which in the ordinary way is proposed by Government. This gives the executive significant power vis-à-vis the judiciary, and represents a significant inroad into the delicate balance of powers between the executive and the legislature on the one hand, and the judiciary on the other.

In my view, it would have been better if decisions relating to judicial pay – reductions as well as increases – should be made not by the executive but by an independent body. In this scheme, the only role for the executive would be to bring forward the necessary legislation on foot of the recommendation. The Review Body on Higher Remuneration in the Public Sector already makes such recommendations in relation to senior public servants, so it would not have been difficult to formalise that for judges. If there were some reluctance to put a new body into the Constitution, this function could be ascribed to the Comptroller and Auditor General established by Article 33.

To illustrate why I think that such an independent mechanism is vital, let me sketch a hypothetical. Assume that both amendments being considered on Thursday are carried. Not only will there be a mechanism allowing the government to reduce judicial salaries, the Houses of the Oireachtas will also have very wide powers to conduct inquiries. Now, assume further that in 25 years time, there has been another catastrophic financial crisis and that the government which presided over it is roundly trounced at the subsequent election. Reflecting public anger seeking retribution, the incoming government conducts an inquiry into their predecessors’ mis-handling of the crisis. In the political rush to judgment, the inquiry over-steps the mark and repeatedly infringes the rights of those called before it. They, in turn, seek to vindicate their rights in the courts. Although the inquiries amendment sets a very high hurdle for judicial review, let us suppose that the mistreatment before the committee met this standard, and the courts hold against the way the inquiry was conducted by the Oireachtas. This is a very unpopular decision; and public opinion, which very was strongly against the old Government and in favour of the inquiry, is now also very strongly against the courts. A government, responding to public sentiment, waits for a while, and then seeks to retaliate. Under the guise of pay reductions to other public servants, the government seeks to punish the judges by reducing their pay rather more than than they have reduced the pay of other public servants. This, then, raises the question of whether such a reduction is “proportionate”, a decision which will be made by the judges, already unpopular for their earlier decision relating to the inquiry. Not only would this be a terrible position to put the judges in, it would have arisen due to a vindictive exercise by the executive of a constitutional power, and it could easily have been averted by the interposition of an independent mechanism taking the decision on the reduction of judges salaries.

This is not an overly fanciful scenario. We are working our way through a financial catastrophe. Incoming governments in other jurisdictions have often conducted vindictive inquiries into their predecessors’ decisions – for example, Yulia Tymoshenko, a former Prime Minister of the Ukraine, has recently been sentenced to seven years in prison for abuse of office when brokering a gas deal with Russia, a verdict which has been criticised by the EU (O’Hanlon J in the High Court in the Cabinet Confidentiality case, also argued by analogy with corrupt governments in foreign countries: see Attorney General v Hamilton [1993] 2 IR 250, 258-259). Parliamentary inquiries, both at home and abroad, have often overstepped the mark. And populist governments, following rather than leading public opinion, are all too common.

I do not for a moment suggest that anyone in the current government has any intention of inordinately reducing judicial pay, but the language of the proposed amendment does not prevent malign motives and hostile actions on the part of their successors. The absence of a mechanism for setting judicial salaries independent of government provides a very great temptation for a government. If we can foresee this, we should not put temptation in harm’s way. A future government, on foot of public opinion, may not be able to resist that temptation. We must hope for their better angels, but we must regulate for their undesirable devils. Because the proposed judicial salaries amendment contains this flaw at its heart, I will be voting no.