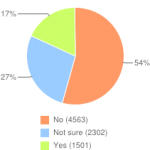 To the age old question “will no-one please think of the children?“, Cameron (perhaps rather cynically) rushes to answer: “I will”:

I want Britain to be the best place to raise a family. … Where children are allowed to be children. … Protecting the most vulnerable in our society; protecting innocence; protecting childhood itself. … I will do whatever it takes to keep our children safe.

Predictably, there were calls for similar Irish developments. The Minister for Communications, Energy and Natural Resources, Pat Rabbitte, has blown cold then hot then cold again on the issue. Writing in TheJournal.ie, Ashley Balbirnie, Chief Executive of the Irish Society for the Prevention of Cruelty to Children (the ISPCC), is very critical of Rabbitte’s vacillation, and makes the case for following Cameron’s lead:

… viewing graphic and violent pornographic material online is extremely harmful to children and we believe strongly that introducing such filters in Ireland is an option worth at least some serious consideration.

We have been here before with calls that “something must be done” and doubtless we will be again. But many of Cameron’s legislative proposals may be neither necessary nor possible, whether in the UK or in the Ireland. In the UK, section 63 of the Criminal Justice & Immigration Act 2008 already goes a long way to doing what Cameron said he wants; in Ireland, the Child Trafficking and Pornography Act, 1998 is similar; European Union case-law seems to prevent the kind of filtering upon which the detail of some of Cameron’s proposals rely, detail which it is notoriously difficult to get right. However, beyond the headline, Cameron’s plan is authoritarian and ill-conceived; the reach of this kind of technology can be extended and over-extended very quickly and easily to other content; it will simply drive the already-illegal material further underground; and it probably won’t work in its avowed aim to help children.

These developments come hot on the heels of the Oireachtas Joint Committee on Transport and Communications conclusions the previous week that the Office for Internet Safety does not adequately deal with the issue – though I think the Committee was overly-critical of the OIS. In any event, the Committee recommended that there should instead be a single body co-ordinating the regulation of social media content. Other recommendations include:

Recommendation 1
Despite age restrictions put in place by social media companies, many children are opening accounts on social media platforms. The Committee recommends that, where this has been identified, the relevant company must be swift in closing the account and taking down all information in relation to it. …

Recommendation 2
The Committee recommends that Child Protection Guidelines incorporate guidance for all professionals working with children, to aid them if they encounter issues relating to cyberbullying and inappropriate use of social media.

Recommendation 4
The Committee recommends that employers be made aware of the importance of introducing a social media policy, i.e. outlining what constitutes cyberbullying and what actions will be taken if there is a breach of such a policy. Employers should be aware that cyberbullying falls within the term “harassment” and Section 10 of the Non-fatal Offences Against the Person Act 1997 may apply in such cases. …

Recommendation 8
The Committee recommends that more emphasis be placed on educating parents, teachers and children on how to safely use social media. …

The following day, a Canadian report on Cyberbullying and the Non-consensual Distribution of Intimate Images, completed last month, was published. It recommended that Canadian law be amended to modernize certain existing offences to deal with harassment through electronic media, as well as the investigative powers for law enforcement, to ensure that all acts of cyberbullying carried out through the use of new technologies can be effectively investigated and prosecuted. It also concluded that there is gap in the criminal law on the issue of the non-consensual distribution of intimate images, and therefore recommended a new criminal offence addressing the issue. Section 5 of the Irish report also looked at the currently applicable legislative provisions; but, in the event, the Committee did not make any recommendations relating to reform of the criminal law.

Doubtless, the various speeches, articles, recommendations and reports mentioned here reflect many good intentions, but as I was regularly reminded growing up, the road to hell is paved with them. Many of these developments discussed in this post seem to me to be driven by a fear of the unknown – though the internet is getting less unknown, and the cyberbullying recommendations are getting more nuanced, even if the filtering suggestions are not. I have argued several times on this blog (eg: 1, 2, 3, 4, 5 & 6) that we must be careful not to legislate simply because we are offended, and we must be vigilant against arguments from offence – or worse, arguments from ignorance, fear or populism – being dressed up in more acceptable garb, such as Cameron’s appeal to child protection. I entirely agree with Balbirnie that we must not leave children unsupported and open to stumbling across pornographic material online. But knee-jerk legislation is not the way to do it. ISPs are already doing a lot (eg: the ISPAI Hotline; Eircom; UPC; Vodafone; Webwise; etc), though no doubt they could be doing more. Moreover, many of the non-legislative recommendations in the cyberbullying reports could be easily adapted to protect children from pornography as well. So, for example, parents could be more vigilant of what their children do online, as by taking advantage of their ISPs’ net monitoring services, or implementing parental controls and installing filter software such as Net Nanny on their children’s computers. The government could work with ISPs to ensure that they provide robust online safety services to which parents can opt-in. And the government and concerned agencies could also be doing more to educate children, parents and teachers about the social evils of pornography and keeping children safe online.

Let us not, through good intentions, over-react, over-legislate, and over-reach. I think, in his final position (so far) Pat Rabbitte has got the balance about right:

It is entirely understandable that parents and children’s rights bodies are concerned … However, the perennial question is as to the appropriate response by the State, and I remain to be convinced that blanket censorship or a ‘default on’ blocker is the correct or workable response. …

That is not to say that there is nothing that can be done … the most important task is to help educate children, young people and parents as to the risks that can be found online; to support parents and teachers in explaining these issues to children; and to identify the optimal technical solution to protect children.

… research by the British NSPCC found that one in five children has been a victim of cyberbullying; one in 10 is taunted online daily.

As a parent, your first instinct is to lock up all your laptops, smartphones, tablets and desktops, and throw away the key. But I don’t believe that is the answer. …

Social media is here to stay, and if you are a parent you have two choices. You can ban the internet (good luck with that) or you can educate yourself, and do your best to educate your children, so that they know how to cope with abuse if it happens to them; and so they don’t grow up believing that sending threats of sexual violence out into cyberspace is an acceptable way to spend a Saturday evening.

And, in the Irish Independent (as well as in the Daily Telegraph), child psychotherapist Julie Lynn Evans provides some advice for parents on how to guide teens through the dangerous online world (although much of her advice is sensible, I’m nevertheless bemused by the fact that I can’t find a website for her, and I’m perturbed that the headline is sensationalistically implying that the entire online world is dangerous).

3. Check your settings
Use the privacy and security settings on social media sites so that only friends and family can see your pages. …

6. Photos and videos
… Remember, once you’ve put a picture of yourself online, other people may be able to see it and download it – it may not just be yours anymore. …