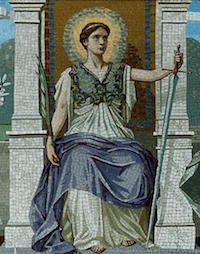 In this morning’s Irish Times, I read that Dublin City Council are to press ahead with their policy of posting freeze-frame CCTV images of people dumping their rubbish in litter black-spots, in the hope of shaming them or others into desisting from doing so in the future (a policy I have dubbed in the title of this post “freeze-frame-and-shame”):

The council’s head of waste management, Declan Wallace, said illegal dumpers were “just bad citizens” and he saw no difficulty in exposing them.

Recognisable images captured by CCTV systems are “personal data”, subject to the provisions of the Data Protection Acts. Consequently, the Data Protection Commissioner contacted the Council over its first use of such CCTV images a fortnight ago; but the Council replied that it is confident that it is acting within the data protection legislation; and it has obviously decided to continue with its policy to “freeze-frame-and-shame” “bad citizens”.

Whenever I hear the argument put forward (either overtly or by implication) that bad guys really don’t deserve the benefit of the laws (whether the bad guys are “enemy combatants” in Guantanamo Bay or “bad citizens” fly-tipping in Dublin), I am reminded of a great scene in Robert Bolt’s A Man for All Seasons, a play and movie about the rise and fall of Sir Thomas More in the court of Henry VIII. The duplicitous Richard Rich has just left More’s house. More’s wife Alice, their daughter Margaret, and Margaret’s future husband, William Roper, all fear – rightly – that Rich can and will do More great harm. So they urge More to have Rich arrested. More refuses, and Alice berates him:

Alice: While you talk, he’s gone!

More: And go he should, if he was the Devil himself, until he broke the law!

Roper: So, now you give the Devil the benefit of law!

More: Yes! What would you do? Cut a great road through the law to get after the Devil?

Roper: Yes, I’d cut down every law in England to do that!

More: Oh? And when the last law was down, and the Devil turned ’round on you, where would you hide, Roper, the laws all being flat? This country is planted thick with laws, from coast to coast, Man’s laws, not God’s! And if you cut them down, and you’re just the man to do it, do you really think you could stand upright in the winds that would blow then? Yes, I’d give the Devil benefit of law, for my own safety’s sake!

The rule of law is to the benefit of all; once it is arbitrarily denied to one person, there is nothing to deny to anybody or everybody else; if it is afforded consistently to one, then it is available consistently to all. Affording everyone the protection of the law is the bulwark of liberty. And we afford that protection to the enemy combatant in Guantanamo or to fly-tippers in Dublin, because one day we may need it ourselves. There are many ways, consistent with the Data Protection Acts, to justify the processing – even publication – of personal data; and it may be that the Council can indeed so justify the implementation of their “freeze-frame-and-shame” policy; but the fact that fly-tippers are “bad citizens” isn’t enough. Even if the Devil is illegally dumping rubbish in Dublin, he is entitled to the benefit of the law, for all our safety’s sake.

2 Reply to “Freeze-frame-and-shame? Or should even the Devil have the benefit of data protection laws?”