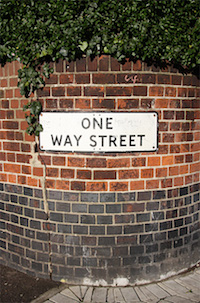 In an earlier post, I argued that there may be an Article 50 route to a second Brexit referendum and the UK remaining in the EU. It has been a small drop in the online torrent of serious analysis of the legal and political consequences of last week’s referendum. My must-reads include Mark Elliott, the UK Constitutional Law Association’s blog, the LSE’s BrexitVote blog, the Brexit Reflections on the blog of the Centre on Constitutional Change in the University of Edinburgh, and the Brexit and Article 50 streams on the always excellent Conversation. It was there that I read a great piece by Phil Syrpis entitled Once the UK triggers Article 50 to start Brexit, can it turn back?. He asks whether the UK can have second thoughts stop the Article 50 process, and he comments

It seems staggering that there is no clear answer to this key legal question.

I could not agree more. Nevertheless, even if there is no clear answer, a consensus does seem to be emerging. In my last post, I said that the House of Lords’ European Committee Paper on The process of withdrawing from the European Union (11th Report of Session 2015–16; HL Paper 138; html | pdf) is an excellent guide to the legal mechanics of the UK’s withdrawal from the EU. As part of the process of preparing that Paper, the Committee held a public evidence session with two EU law experts: Sir David Edward, a former Judge of the Court of Justice of the European Union, and Professor Derrick Wyatt QC, Emeritus Professor of Law, Oxford University; and they both

It is absolutely clear that you cannot be forced to go through with it if you do not want to: for example, if there is a change of Government.

Professor Wyatt supported this view with the following legal analysis:

There is nothing in the wording to say that you cannot. It is in accord with the general aims of the Treaties that people stay in rather than rush out of the exit door. There is also the specific provision in Article 50 to the effect that, if a State withdraws, it has to apply to rejoin de novo. That only applies once you have left. If you could not change your mind after a year of thinking about it, but before you had withdrawn, you would then have to wait another year, withdraw and then apply to join again. That just does not make sense. Analysis of the text suggests that you are entitled to change your mind.

11. Professor Wyatt clarified that “a Member State remains a member of the European Union until the withdrawal agreement takes effect”, so would continue its membership on the same legal terms as before the decision to withdraw.

Syrpis (on the Conversation blog, and also here), with dry understatement, says that seems to him “to be the most sensible view”, and he adds:

Article 50 is not designed to make it easy for a state to leave the EU, and it would surely be interpreted and applied so as to make it easy for a state that, after all, decided that it wanted to remain. So, while the clock does start ticking once the Article 50 notification is made, it is at least possible that the process could be stopped at any stage – at the UK’s initiative. …

If the legal opinions quoted here are correct … it will be possible to stop the process at any stage during the negotiation process, with the UK remaining a part of the EU. That opens up a possibility for parliament, or the people, perhaps in a second referendum, to have a say on the new deal, and to decide, perhaps two or three years down the line, whether we want to remain in the EU, or leave on the terms secured via the negotiations.

This is precisely the conclusion at which I arrived in my previous post, in which I argued that there may be an Article 50 route to a second Brexit referendum and the UK remaining in the EU. If the policy underlying Article 50 is to make withdrawal difficult, then this is the policy on foot of which any purposive or teleological interpretation of the Article must proceed. In my previous post on this issue, I argued that such a teleological interpretation supports the conclusions not only that the process can simply be halted, but also that any automatic withdrawal under Article 50 could be postponed until a withdrawal agreement enters into force, so that if such an agreement never enters into force, automatic withdrawal would not kick in. In this respect, therefore, Article 50 is not really a one-way street; a withdrawing State can stop on it, and may even reverse out of it. These will be difficult manoeuvres (perhaps not as difficult as the multi-point turn in the movie Austin Powers – The International Man of Mystery (IMDB), pictured right), but they are not beyond the ken of Whitehall mandarins and Brussels bureaucrats to perform.

3 Reply to “Is Article 50 a one-way street; can a withdrawing State stop on it, or reverse out of it?”