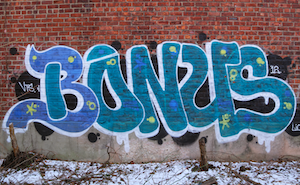 My last three posts (here, here, here) have looked at some copyright issues around the national anthem. Their immediate context was Senator Mark Daly‘s National Anthem (Protection of Copyright and Related Rights) (Amendment) (No 2) Bill 2016 (effectively reviving a Bill that he had introduced into the last Seanad earlier in the year). To provide a little lighter reading on the topic, here are 4 sets of bonus links about the copyright, the anthem, or both.

Bonus 1: Alex Marshall (blog | twitter), author of Republic or Death!: Travels in Search of National Anthems (Penguin | Amazon), writing in the Irish Times (h/t Alex’s blog), put “The Soldier’s Song” into the context of other national anthems. It’s a very entertaining piece. While he bemoans the relative obscurity of Peader Kearney and Patrick Heeney, he consigns Liam Ó Rinn to oblivion – he finishes the piece with the first line of “Amhrán na bhFiann”, but he doesn’t name-check Ó Rinn at all!

Bonus 2: I was on the the Marian Finucane show on RTE Radio 1 the Sunday morning before last (listen here), on The Last Word with Matt Cooper on TodayFM the following Monday evening (listen here), and on the Shaun Doherty Show on Highland Radio the following Wednesday morning (listen here until the end of the week). On the latter two shows, it was just the presenter, Senator Daly, and myself, However, on the Marian Finucane show, as Marian was on holiday, the show was hosted by Brendan O’Connor; the others on the panel in the studio were Philip McCabe (Director, MABS), Brian Hayes (Fine Gael MEP for Dublin) and Sinead O’Carroll (News Editor, theJournal.ie); and we were joined on the phone by Senator Daly (listen here). At the end of the discussion on the National Anthem, we were joined by Stuart Clark (Deputy Editor, Hot Press) and writer & journalist Sinéad Gleeson, to discuss the UK’s 60 official biggest selling albums of all the last 60 years (listen here).

The discussion covered not only what makes it on to such a list (greatest hits, recent releases) but what doesn’t (almost any musically influential pop or rock album ever), and some of the copyright stories behind the albums. It seems you can’t have a high-profile song these days without its accompanying copyright suit, whether it’s “Happy Birthday” being held to be out of copyright, to Robin Thicke and Pharrell Williams’s “Blurred Lines” being held by a jury to have infringed copyright in Marvin Gaye’s “Got to Give It Up”, or Led Zeppelin’s “Stairway to Heaven” being held by a jury not to have infringed copyright in Spirit’s “Taurus”. As to copyright stories from the albums on the list, Number 2 is Abba “Gold – Greatest Hits”, which includes “Chiquitita”, from which Abba shared the copyright and thus royalties with UNICEF. Number 3 is the Beatles’ “Sgt Pepper’s Lonely Hearts Club Band”, some of the most lucrative US copyrights in which are owned by Michael Jackson’s estate, as Jackson outbid Paul McCartney in 1985, though McCartney is now working on various means of getting them back.

However, probably the two most famous pop music copyright infringements of all time feature on that top 60. At number 10 is Queen’s “Greatest Hits, Vol 2”, which includes Queen/Bowie’s “Under Pressure”, copyright in which was infringed by Vanilla Ice in “Ice Ice Baby”. The case settled out of court, but Mercury and Bowie now have writing credits on (and therefore get royalties from) “Ice Ice Baby”. At number 18 is the Verve “Urban Hymns”, which includes “Bittersweet Symphony”, which infringed the copyright in the Rolling Stones’ “The Last Time”. Again, the case settled out of court; but the writing credits for “Bittersweet Symphony” are now “Jagger/Richards/Ashcroft”; and all of the royalties go to the music company that owns the rights to “The Last Time”.

Bonus 3: There’s a Trinity connection with the anthem. For many years, the most familiar version was probably the orchestral arrangement used by the national television station, RTÉ, at the close of transmission each day. It was composed in 1961 for the launch of RTÉ’s television service by Brian Boydell (1917-2000), Professor of Music at Trinity; this is the version that was in use from 1961; this is a version that was used during Easter Week 1966; and this was the last closedown version:

Bonus 4: Here’s a 25-minute documentary on the anthem, produced by One Productions for the national Irish language television channel TG4. It is mostly in Irish with English subtitles, though some of the contributions are in English:

Bonus 5: “The Anthem Sprinters” (imdb | YouTube ) is an episode of The Ray Bradbury Theatre (a series than ran on US tv from 1985 to 1992). The episodes were written by science fiction writer Ray Bradbury, and many were based on short stories or novels he had written. “The Anthem Sprinters” is the title piece in a collection of plays based on the his experiences in Ireland while writing the screenplay for the 1956 adaptation of “Moby Dick”. In “The Anthem Sprinters”, an American author on a visit to Dublin stops by a pub where he is caught up in the excitement over a local sporting event known as “anthem sprinting.” In this challenge runners compete to see who can get out of the cinema fastest during the pause between the end of the film and the start of the Irish national anthem.

3 Reply to “Copyright and the National Anthem – Bonus Links”