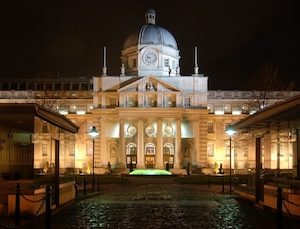 After the publication of the June programme, I examined proposed legislation from the Department of Education and Skills (here; and see also here), the Department of Jobs, Enterprise and Innovation (here; and see also here and here), and the Department of Justice and Equality (here and here). Under those headings, very little has changed. But there are some notable additions, not least of which is the Interception of Postal Packets and Telecommunications Messages (Regulation) (Amendment) Bill. All we are told is that work is underway on a Bill to “amend various pieces of legislation in respect of electronic communications”. There is no further explanation. This is probably the Bill to provide for further covert surveillance of electronic communications promised by the Minister earlier this Summer. It is also likely to cover incoming requests from overseas to access to data held in Ireland. It may also include preparatory work for the response to the investigations being carried out by retired Chief Justice John Murray and retired Supreme Court judge Nial Fennelly. However, at present, this is just speculation, so we shall have to wait and see what the Department has in mind.

As to the administration of justice, priority legislation to be published by the Department of Justice and Equality this session includes a Bill to make provision for periodic payment orders to replace lump sum damages, and a (hastily-promoted?) Bill to establish the long-awaited Judicial Council. Indeed, that Bill is expected to undergo pre-legislative scrutiny this session, as is a Bill to replace the Judicial Appointments Advisory Board with a new Judicial Appointment Commission – indeed, the cabinet agreed yesterday to bring forward the heads of such a Bill by November. All of these developments are very welcome – provided that the Appointments Bill permits legal academics to apply for appointment to be bench, especially at appellate level. It would not be difficult to draft the necessary legislative provisions, and there is no reason in principle not to do so.

As to cybercrime, first, the busy Department of Justice and Equality is promoting the Criminal Justice (Offences Relating to Information Systems) Bill 2016, to implement Directive 2013/40/EU on attacks against information systems. It is on the Dáil Order Paper, awaiting Second Stage. Second, in the ‘I’ll believe it when (if) I see it’ category is the long-promised and almost long-forgotten Cybercrime Bill to give effect to the Council of Europe Convention on Cybercrime 2001. Yes, you read that right, it’s a 2001 Convention. It is 15 years old, which is a lifetime online.

As to education, legislation envisaged at some stage from the Department of Education, but probably not in this session, includes the Higher Education (Reform) Bill and the longer-threatened Universities (Amendment) Bill (critiqued here, here, here, and here). And the Technological Universities Bill 2015 remains on the Dáil Order Paper, awaiting Committee stage.

As to intellectual property, pre-legislative scrutiny is expected shortly on the Knowledge Development Box (Certification of Inventions) Bill. Heads of a Bill to amend Article 29 of the Constitution to recognise the Agreement on a Unified Patent Court were approved on 23 July 2014, though, in the light of Brexit, a cautious approach for the time being may mean that other Bills may progress ahead of it from the Department of Jobs, Enterprise and Innovation to the Oireachtas. Finally, the Copyright and Related Rights (Amendment) (Miscellaneous Provisions) Bill has been “referred to committee” pre-legislative scrutiny. This is presumably the Joint Committee on Jobs, Enterprise and Innovation. However, the Bill is not in the pre-legislative scrutiny list for this session, so we probably won’t see it in committee before Christmas.

As to privacy, the most important piece of legislation mentioned in the Programme is the Data Protection Bill, to transpose the EU Directive 2016/680 and give full effect to the General Data Protection Regulation (Regulation 2016/679). Heads are expected before the end of 2016 (but I’m not holding my breath). A Data Sharing and Governance Bill will be published and sent for pre-legislative scrutiny, to mandate and facilitate lawful data-sharing and data-linking for all public bodies, and a Health Information and Patient Safety Bill go further in the context of health information. In both cases, the drafting will be tricky, not least because the Bills will have to be compliant with the decision of the Court of Justice of the European Union in Case C?201/14 Bara. The Criminal Records Information System Bill and the Passenger Name Record Bill implement EU obligations. However, in the case of the latter, since there is a challenge before the CJEU in respect of a related measure, a cautious approach for the time being may mean that other Bills may progress ahead of it from the Department of Justice and Equality to the Oireachtas.

Finally, it is heartening to see that work has commenced on a Bill to remove blasphemy from the Constitution, and interesting to see active proposals to establish an Electoral Commission and to amend the transfer of records in the National Archives from 30 years to 20 years.

Here are some highlights from the Programme:

4 Reply to “Some forthcoming legislation on the administration of justice, cybercrime, education, intellectual property, and privacy”