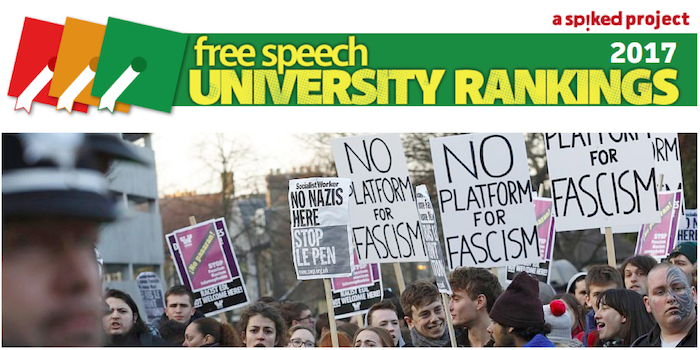 The Foundation for Individual Rights in Education (FIRE) maintain an equivalent survey of US universities; and the Institute of Public ­Affairs do the same in Australia. These assessments are not the only sources of such dispiriting information. Direct surveys of students on campus in the US (pdf) and the UK (pdf) found that, while students support free speech in principle, many are willing to entertain significant restrictions. In any event, and whatever about Trinity’s return to the Times Higher Education‘s World University Rankings, in my view a green light on these free speech rankings would be a university ranking worthy of the name. If any benefactor out there wants to support similar research for higher education institutions in Ireland, I would be happy to co-ordinate it. Roll up; roll up!