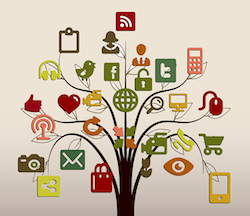 Every person facing a criminal charge is entitled to a fair trial, according to Article 38 of the Constitution. So commentary that gives rise to a substantial risk either of serious prejudice to, or of prejudgment of, an active trial, can amount to contempt of court. This can be dealt with either by the judge during the trial itself (by charging the jury to ignore the comments, or penalising the commentator, or – in rare and extreme cases – stopping the trial, or some combination of these), or by a case taken by the Director of Public Prosecutions against the commentator after the trial.

There can be a fine line between reporting and commenting on an active trial, and prejudicing or prejudging it. And this line was certainly brought into focus last week at the conclusion of the Jobstown trial. Not only had there been widespread reportage by the broadcast and print media, but there was also a great deal of coverage online, including a social media campaign intended to give the defendants’ perspective on the trial.

The right to comment on the workings of the law, and the rules of contempt that set the limits to that right, apply to everyone equally, offline and online, in traditional media and on social media alike. So, the rules are the same for anyone who records a video report on the day’s court proceedings, whether that is broadcast on television or on a social networking site. And the rules are the same for anyone who writes a commentary on the day’s proceedings, whether that is published by a newspaper or on a blog.

Moreover, while most of the viewers of a programme or readers of a paper are likely to see the report, very few of the followers of a social media account are likely to see a post or tweet, as it is only those who are online when it is posted or tweeted who will see it. Indeed, since traditional media are ubiquitous, whereas social media must be sought out, it is probably still easier for a juror to avoid social media coverage of a trial than traditional media coverage: notifications of incoming posts and tweets can be switched off; accounts can be unfollowed, unfriended, or blocked; and words, phrases and hashtags can be muted.

So, a report that went beyond providing a fair and accurate account of a trial would pose a far greater risk to the fairness of the trial, and would be much more likely to constitute contempt, if it were broadcast or published on traditional media with a great many viewers, listeners or readers than it would if it were published on social media with very few friends, or followers, or likes.

On the other hand, if an unfair or inaccurate online report were to go viral, and spread rapidly and widely through social media, such that it quite quickly had 500,000 unique interactions (such as comments, likes, retweets, shares or forwards of various kinds), then it too could pose a substantial risk to the fairness of the trial and could therefore constitute contempt. Moreover, widespread coverage that raised a substantial risk of influencing a jury to deliver a particular verdict would be contempt, whether it was conducted over the airways, through the pages of a campaigning magazine, or online. Indeed, in these cases, it would not matter if the original media items were not intended to be unfair or inaccurate or to influence the jury – all that matters is that there is a substantial risk of prejudice to an active trial.

It is frequently the case that the law takes a while to catch up with technology. But, as the technology is understood, so the application of the law to it becomes clear. Hence, as the law understands the reach and limitations of social media, so the rules on contempt can be properly applied to online commentary. In the context of controversial trials in the UK, it is now not uncommon for the Attorney General to issue reminders to “editors, publishers and social media users” that proceedings are active and that the contempt of court rules apply. It may not be long before the DPP here issues similar advice in respect of an Irish trial.

In 1994 the Law Reform Commission published a report (pdf) recommending various reforms to the law on contempt. In particular, it suggested clarifications around what kinds of “publication” could constitute contempt, what kinds of trials it would apply to, what could amount to a “substantial risk” to the fairness of the trial, when proceedings are “active” for the purposes of the rule, and whether it is necessary for the commentator to intend to prejudice the trial. It is now looking once again (pdf) at these issues.

Perhaps it might not be too much to hope that the controversy over the social media coverage of the Jobstown trial ensures that the Commission’s proposals form the basis of much-needed legislation. If so, then the scope of contempt, online and offline, will be clarified. The accused’s right to a fair trial will be protected. And the principle of open justice will be properly respected.