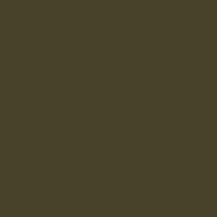 The Irish Independent this morning reports that the first of the plain cigarette packets have hit shelves around the country:

The Department of Health have issued a press release in which the Minister of State for Health Promotion and the National Drugs Strategy, Catherine Byrne, welcomed the news that products using the new plain packaging can now be found in some outlets:

Gone are the familiar colours and logos of the various brands and instead all cigarette boxes will be in the same plain neutral colour [pictured above left], bringing into sharp focus the health warnings on the packets. … Our aim is to decrease the appeal of tobacco products, to increase the effectiveness of health warnings and to reduce the chances of consumers being misled about the harmful effects of smoking. This packaging makes it plain that cigarettes are bad for your health. … Standardised packaging is just one of a number of measures outlined in Tobacco Free Ireland (pdf), the ultimate aim of which is to encourage and help smokers to quit and to prevent young people from starting to smoke.

The ink was barely dry on the President’s signature on the 2015 Act when the tobacco industry sought declarations it was contrary to EU law. In JTI Ireland Ltd v Minster for Health [2015] IEHC 481 (07 July 2015) Cregan J declined to make a reference to the Court of Justice of the European Union, partly on the grounds that the same questions had already been referred from the UK in R (Philip Morris Brands Sàrl) v Secretary of State for Health [2014] EWHC 3669 (Admin) (07 November 2014). The questions were answered in Case C-547/14 R (Philip Morris Brands Sàrl) v Secretary of State for Health (ECLI:EU:C:2016:325; CJEU, 4 May 2016). And these answers were applied in British American Tobacco v Secretary of State for Health [2016] EWHC 1169 (Admin) (19 May 2016) affd [2016] EWCA Civ 1182 (30 November 2016), where the UK’s standardised packaging regulations were upheld. The Irish case settled after a Directions Hearing on 9 November 2016. When the Bill that became the 2015 Act was being considered by the Joint Committee on Health and Children (Seanad Debates (13 February 2014)), the probability of a constitutional challenge was a theme of submissions to the Committee. However, no such challenge has – yet – emerged. Nevertheless, I have recently published an analysis of the constitutionality of the plain packaging legislation in “Property and Proportionality: Evaluating Ireland’s Tobacco Packaging Legislation” (2017) 17(2) QUT Law Review 46; this is the abstract:

This article evaluates the constitutionality of the restrictions upon tobacco packaging in Ireland in the Public Health (Standardised Packaging of Tobacco) Act 2015 and Part 5 of the Health (Miscellaneous Provisions) Act 2017. Australia is the only country to have commenced this legislative process earlier, so the Irish experience (and, in particular, an analysis of the constitutionality of the Irish legislation) could provide a roadmap for other jurisdictions aiming to implement similar restrictions. This article concludes that public health and the protection of children constitute pressing and substantial reasons sufficient to justify as proportionate these Acts’ restrictions upon tobacco companies’ property rights protected by the Irish Constitution.

3 Reply to “Standardised tobacco packaging comes ever closer in Ireland”