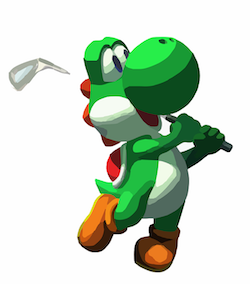 The Irish cases have been similarly expansive in the context of interceptive subtraction. For example, in McMechan v Warburton [1896] 1 IR 435, Mrs Warburton intended to settle certain shares upon trust for the plaintiff, but the solicitor in error omitted this from the deed; and, upon her death, the shares went to the defendant. Chatterton VC and the Court of Appeal held that the defendant held the shares for the plaintiff. In In re PMPA Insurance Co Ltd [1986] ILRM 524, the Company and the Society were members of the same group of companies, and they shared the same bank. The bank, having received cheques, standing orders, bank giros and so forth, validly filled in with respect to the Company, nonetheless paid them to the Society. Lynch J held that the plaintiff Company could recover these misdirected payments from the defendant Society. In HKN Invest OY v Incotrade PVT Ltd [1993] 3 IR 152, Costello J held that where a promoter purports to contract in the name of a company to be incorporated, and without fraud receives a commission for services which the company is to render, “he has received the commission for the benefit of the company which is to be incorporated and not for his own benefit” ([1993] 3 IR 152, 162). The commission was certainly meant for the company, and in intercepting it, the promoter has been enriched at the company’s expense. In Shanahan v Redmond (High Court, unreported, 21 June 1994) a donor had instructed a life assurance company to name the plaintiff as beneficiary, but the company had failed to do so and paid out to the defendant who was the beneficiary originally named in the policy. Carroll J held that the policy ought to be treated as though it named the plaintiff and not the defendant (See Eoin O’Dell “Insurance Payments (Mis)Directed, Equitable Maxims (Mis)Used, and Restitution Doctrines Missed” [1997] Lloyd’s Maritime and Commercial Law Quarterly 197 (Tara)). In Behan v Bank of Ireland [1997] IEHC 146 (15 August 1997) three credits supplied by the Minister for Agriculture to the bank to give interest relief to the plaintiff were applied by the bank to reduce another liability which it claimed the plaintiff owed it. However, that liability had been settled by an agreement by the bank to accept a reduced amount; Morris J held that having made that agreement, “the bank were not entitled to apply these monies in the manner in which they did”. Hence, the bank had simply misapplied to itself money intended for the plaintiff, and the plaintiff was “entitled to receive these amounts as money had and received to his use” ([32]). On appeal ([1998] 2 ILRM 507), the Supreme Court affirmed on different grounds, and the restitutionary claim for money had and received did not arise. A subsequent case brought by the plaintiff foundered on the rock of res judicata ([2002] IESC 20 (19 March 2002)).

In Kelly v Cahill [2001] 1 IR 56, [2001] 2 ILRM 205, [2001] IEHC 2 (18 January 2001) the settlor of a deed intended certain property to go to his wife, but due to the negligence of his solicitor, it went instead under his will to his nephew, Barr J held that the nephew held the property for his aunt (see, generally, Eoin O’Dell “Unjust Enrichment and the Remedial Constructive Trust” (2001) 23 Dublin University Law Journal (ns) 71 (Tara); The liability in tort of a negligent solicitor to a disappointed beneficiary is now well established; arguably the actual but unintended beneficiary ought in principle to be liable in restitution to the intended but disappointed beneficiary (see Eoin O’Dell “Restitution, Rectification and Mitigation. Negligent Solicitors and Wills, Again” (2002) 65 Modern Law Review 360 (Tara); compare the liability of the vendor overpaid by a purchaser due to the negligence of the surveyor: McCullagh v Lane Fox and Partners Ltd [1996] PNLR 205, 222, [1995] EWCA Civ 8 (19 December 1995) (Hobhouse LJ; Slade and Nourse LJJ concurring); Walsh v Jones Lang Lasalle Ltd [2017] IESC 38 (01 June 2017) [38], [46] (O’Donnell J; O’Malley J concurring)). In all of these cases, the enrichment of the defendant is at the expense plaintiff, even though it is not direct but interceptive. Of course, the court must be able to hold with sufficient certainty that the third party had intended to benefit the plaintiff so as to hold that the enrichment of the defendant is at the plaintiff’s expense. These cases demonstrate that it is a finding that can be made in an appropriate case. As a consequence, Irish law seems to have decisively adopted the concept of interceptive subtraction.