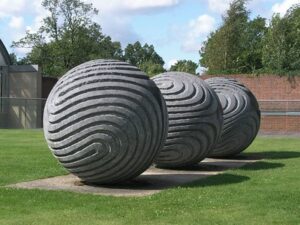 This is the third post (in a series of seven; see also parts I, II, IV, V, VI and VII) discussing Samsoondar v Capital Insurance Company Ltd (Trinidad and Tobago) [2020] UKPC 33 (14 December 2020) (Samsoondar) and Surrey County Council v NHS Lincolnshire Clinical Commissioning Group [2020] EWHC 3550 (QB) (21 December 2020) (Surrey). In my first post, I introduced the cases and issues. A claim to restitution for unjust enrichment failed in the first but succeeded in the second. In my second post, I examined whether the defendants were enriched at the expense of the plaintiffs. In this post, and the next two (see parts IV and V), I want to examine whether any such enrichment was unjust.

On the question of whether the enrichment was unjust – that is to say, on the question of whether there is a cause of action or ground for restitution – the same issue arose in both cases. A plaintiff who has been compelled to discharge the debt of another can have restitution from that other in the amount of that enrichment (Moule v Garrett (1872) LR 7 Exch 101; Brooks Wharf v Goodman [1937] 1 KB 543; East Cork Foods v O’Dwyer Steel [1978] IR 103 (SC); Goodman v Minister for Finance [1999] 3 IR 356, [1999] IEHC 197 (8 October 1999) (Laffoy J)). This principle depends upon the compulsory discharge of a liability which rested primarily on the defendant (Niru Battery Manufacturing Company v Milestone Trading Ltd [2004] 2 Lloyd’s Rep 319, [2004] EWCA Civ 487 (28 April 2004) [66]-[72] (Moore-Bick J)). In Samsoondar, Lord Burrows held (at [21]) that, since the legislation never required Capital to discharge the liability to the third party, there was no legal compulsion on which to found a Moule v Garrett claim against Sansoomdar. It seems entirely right that Capital were not compelled. In Surrey, by contrast, Surrey arranged for JD’s care on foot of “the long standing statutory role of local authorities as providing assistance as a last resort” (at [110]; emphasis added). Under the applicable statutory regimes, Surrey were secondarily liable for JD’s care, but Lincs were primarily liable; on this basis, Surrey could have relied upon Moule v Garrett to seek restitution for unjust enrichment from Lincs. However, the point was not addressed in Surrey because Thornton J relied upon another factor to conclude that the enrichment was unjust.

She held (at [108]) that the unlawful obtaining or conferral of a benefit by a public authority amounted in principle to a factor that would render an enrichment unjust (see Andrew Burrows A Restatement of the English Law of Unjust Enrichment (OUP, 2012) [21]; Woolwich Equitable Building Society v Inland Revenue Commissioners [1993] AC 70, [1992] UKHL TC_65_265 (20 July 1992) (unlawful obtaining); Harris v Quigley [2006] 1 IR 165, [2006] 1 ILRM 401, [2005] IESC 79 (01 December 2005) (same); Auckland Harbour Board v R [1924] AC 318, [1923] UKPC 92 (18 December 1923) (unlawful conferral; noted here)). This kind of policy-motivated restitution is one of the legitimate uses of policy that I discussed in an earlier post. And, not without some difficulty, Thorton J held that Surrey could rely upon that cause of action. The conferral of the benefit by Surrey was not unlawful; indeed, their payments to JD’s care home were made entirely lawfully under statute (at [109]). However, she did not permit this to preclude reliance on the unjust factor of public law unlawfulness, because there was “no underlying conflict between the reason for allowing restitution and the defendant’s legal entitlement …” (at [112], citing Burrows Restatement pp33-34).