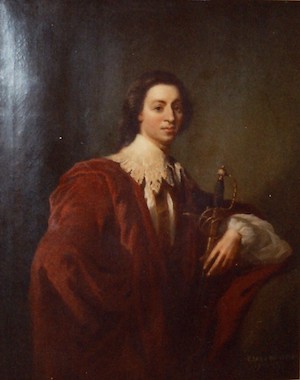 In my previous post, I considered whether compulsory discharge of the debt of another could have provided a cause of action in Samsoondar and Surrey, concluding that it could not in the former but that it could in the latter; and I considered whether Surrey could rely upon a policy-motivated cause of action, consisting in the unlawful obtaining or conferral of a benefit by a public authority. With some difficulty, Thornton J held that Surrey could indeed rely upon it. In this post, I want to consider another – simpler, more straightforward – cause of action that may have been available on the facts of both cases, and that could, in particular, have alleviated the difficulties encountered by Thornton J in Surrey.

Her contortions may not have been necessary, for at least two reasons. First, as we have already seen, Surrey could have relied upon Moule v Garrett (1872) LR 7 Exch 101 to seek restitution for unjust enrichment from Lincs. Second, it was common ground in the case that Lincs “erred in law when it declined Surrey’s invitation to assess JD’s eligibility for NHS care” (at [68]). If Surrey shared that mistake, or if Lincs induced that mistake in Surrey, then they could have argued that their mistaken discharge of Lincs’s obligation unjustly enriched Lincs their expense.

In Samsoondar, Capital had sought to rely on mistake of law as an alternative to legal compulsion. However, the matter had not been pleaded, when it could have been; and no relevant evidence had been adduced; so Lord Burrows held (at [24]) that the mistake claim also failed. Nevertheless, he went on to hold (at [25], obiter) that there is no good reason in principle “why reliance on mistake rather than legal compulsion should mean that no restitution is available in respect of the discharge of another’s liability”.

The traditional action arising out the compulsory discharge of the debt of another is composed of an unjust factor (compulsion) and an enrichment (the discharge of the other’s debt). If that separation is made, then any unjust factor may in prinicple be combined with that enrichment to generate an action in restitution. For example, if a plaintiff mistakenly discharges the debt of another, the mistake would supply the unjust factor, the discharge would again constitute the enrichment, and the plaintiff can have restitution. County of Carleton v City of Ottawa [1965] SCR 663, 1965 CanLII 15 (SCC) (25 May 1965) – to which Thornton J briefly referred en passant (at [65], [117]-[118]) – may provide an example. Responsibility for an indigent had moved from Carleton to Ottawa, but Carleton continued to pay for her care. Relying on Moule v Garrett and Deglman v Guaranty Trust Company of Canada and Constantineau [1954] SCR 725, 734, 1954 CanLII 2 (SCC) (Cartwright J; Estey, Locke and Fauteux JJ concucrring), Hall J in Carleton held that it would be “against conscience” for Ottawa to “escape responsbility” ([1965] SCR 663, 669 (Hall J; Cartwright, Judson, Ritchie and Spence JJ concuring)). The reason why it was against conscience, that is, the reason why Ottawa’s enrichment was unjust, was because it had been caused by Carleton’s mistake. 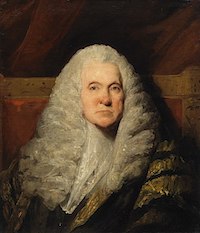 Another excellent example is supplied by the old Irish case of Rochfort v Earl of Belvidere (1770) Wall L 45 (pdf), featuring the notorious Robert Rochfort, first Earl of Belvidere (pictured top left). [I am grateful to Daniel Donnelly for bringing this case to my attention]. In the case itself (at 50), Lord Chancellor Lifford (pictured right) cited cited Moses v Macferlan (1760) 2 Burr 1005, 97 ER 976, [1760] EngR 713 (19 May 1760) (pdf) with approval. The real and personal estate of the deceased had devolved independently. The successor to the real estate, mistakenly believing that he had a liability to do so, had paid off a portion of a debt which had attached to the personal estate; and Lord Lifford LC held that he was entitled to recover from the successor to the personal estate the amount so paid. (It is reported that the House of Lords affirmed, without judgment; see Earl of Belvedere v Rochfort (1772) 5 Bro PC 299; 2 ER 691, [1772] EngR 55 (8 May 1772) (pdf)). As Budd J put it in the High Court in the Bricklayers’ Hall case, it “would seem from the report [in Rochfort in the Irish Court of Chancery] that Moses v Macferlan was employed [by Lord Lifford LC] to justify restitution in circumstances where the plaintiff had paid off the debt of the personal estate of the [deceased]. … This would appear to be an example of a case in which the plaintiff had himself conferred the benefit on the defendant through mistake and where to allow the defendant to retain such a benefit would result in his being unjustly enriched at the plaintiff’s expense” (High Court, unreported, 6 March 1996, at pp20-21 of the transcript; this matter did not arise on appeal before Keane J at [1996] 2 IR 468, [1996] 2 ILRM 547 (24 July 1996) (doc | pdf | html); but Rochfort was referred to with approval by Baker J in Bank of Ireland Mortgage Bank v Murray [2019] IEHC 234 (12 April 2019) [157]).

So, the question in Samsoondar and Surrey would be whether Capital and Surrey had made their payments to their respective third parties in the mistaken belief that they were due. If so, then Occam’s Razor would suggest that the complicated policy-motivated cause of action relied on in Surrey should fall away, whilst Birks’s Augmentation would suggest that the simpler alternative based upon mistake should come to the fore in both Samsoondar and Surrey. This is certainly plausible on the facts of both cases, and gives rise to further questions of voluntariness and assumption of risk that I will consider in my next two posts (see parts V and VI). In particular, in my next post, I want to consider the effect of voluntariness in the discharge cases.