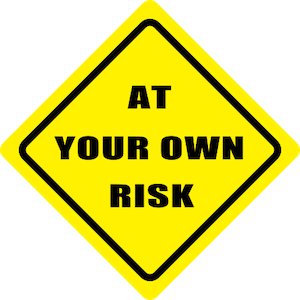 This is the sixth post (in a series of seven; see also parts I, II, III, IV, V and VII) discussing Samsoondar v Capital Insurance Company Ltd (Trinidad and Tobago) [2020] UKPC 33 (14 December 2020) (Samsoondar) and Surrey County Council v NHS Lincolnshire Clinical Commissioning Group [2020] EWHC 3550 (QB) (21 December 2020) (Surrey). In my first post, I introduced the cases and issues. In my second post, I examined whether the defendants were enriched at the expense of the plaintiffs. In my third post, I considered whether compulsory discharge of the debt of another could have provided a cause of action in Samsoondar and Surrey, and whether Surrey could rely upon a policy-motivated cause of action, consisting in the unlawful obtaining or conferral of a benefit by a public authority. In my fourth post, I considered whether the mistaken discharge of the debt of another might have been available on the facts of both cases. In my previous post, I considered some of the effects of voluntariness in the discharge cases. In this post, I want to put this issue of voluntariness in a larger context.

In Samsoondar, if mistake had been properly pleaded and argued, Lord Burrows (at [24]) identifed a point that may have been

a central question at issue: was the claimant making a mistake of law that caused the payment or was it paying in a situation where it had significant doubts or suspicion as to what the correct view of the law was and chose to settle the claim in any event? In other words, the defendant might have sought to argue that the claimant was not entitled to restitution for mistake because it had taken the risk of being mistaken. …

To my mind this case is sufficiently clear on the main facts. It does not appear that there was any mistake as to the funds available, but the anticipation that the Land Bonds would be transferred in a few days was disappointed. The £1,050 was not received for some months, and, owing to the retainer, the balance has not yet been received. Consequently the plaintiffs have lost patience, and brought this action. In my opinion they did not honour the cheque on a mutual mistake of fact, as they allege, but because they relied, with a certain want of that business-like caution which, as a rule, characterises bank action, on the supposition and belief that the whole £1,132 Land Bonds would be received in a few days. They knew there would be some delay, but they underestimated its probable duration. That is not the sort of mistake of fact that will support an action of this kind. Whatever claim the Bank may have in the future the precise claim they now make is premature. 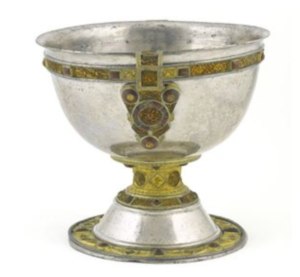 There is a common point underlying all of these different ways of addressing the issue: the “real point is whether the person who made the payment took the risk that he might be wrong. If he did, then he cannot recover the money” (Deutsche Morgan Grenfell v Inland Revenue [2007] 1 AC 558, 570-571, [2006] UKHL 49 (25 October 2006) [26] (Lord Hoffmann); cp 583, 585 [64]-[65], [70] (Lord Hope), 618, [175] (Lord Brown)). Hence, in Pentony, it can be said that Murnaghan J in the High Court and Maguire J in the Supreme Court effectively held that the bank took the risk that the full payment of Land Bonds would not be made. The same point arose in the High Court in Webb v Ireland [1988] IR 353. The plaintiffs had found the Derrynaflan Hoard of 8th and 9th century liturgical vessels, including the Derrynaflan Chalice (pictured left). They had delivered the hoard to the custody of the National Museum, which had done work restoring the chalice. Blayney J in the High Court held that the plaintiffs had title to the hoard, but he allowed a counter-claim by the State for the value of some of the restoration work done by the Museum. In particular, he held that the defendants were entitled to restitution for the work that was done on the chalice while the Museum laboured under the mistaken belief that the State was the owner of the hoard; but he held that the defendants were not entitled to restitution for the work that was done after the Museum became aware of the plaintiffs’ claim to the chalice. When they were doing the latter work, the defendants were no longer mistaken; and, though they continued to work on the chalice, they “accepted the risk” that the plaintiff’s claim was valid ([1988] IR 353, 370). On appeal, the Supreme Court held that the defendants had title, so the restitution issue did not arise. In these cases, if the plaintiff took the risk that the money was not due, then “there is not the requisite causative link between any mistake about liability and the payment” (BP Oil International Ltd v Target Shipping Ltd [2012] EWHC 1590 (Comm) (14 June 2012) [232] (Smith J)).

Given that all of these defences are effectively different ways of saying the same thing, Occam’s Razor suggests that they all ought to be rationalised on the single, simple, basis that the plaintiff voluntarily assumed the risk that the enrichment may be irrecoverable. It also crucial to understand the limits of this defence of voluntary enrichment. We have seen in a previous post that voluntariness provides an answer to an element of intention-based causes of the action, and thus constitutes a defence to a claim arising from an intention-based unjust factor, such as mistake or compulsion. On this view, however, voluntariness does not constitute a defence to causes of action arising for reasons unrelated the plaintiff’s intention, such as those that respond to the circumstances of the defendant, or to some strong policy requiring restitution.