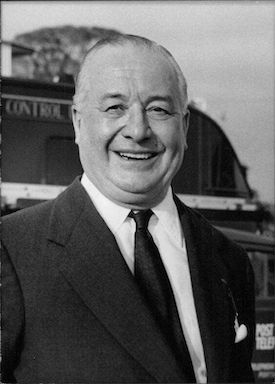 … that the monies transferred from HKRME to the BVI entity [Sunvit] were held on trust for the children of Mr Ryan under a trust known as the Ryan Children’s Trust (“the RCT”). For reasons which are explained in the principal judgment, I came to the conclusion that, at least insofar as it purported to relate to the monies transferred to the BVI entity, the alleged trust was a sham and that the intended beneficiary of the transfers (subject to the unpaid liabilities of HKRME) was not any such trust but was instead Mr Ryan himself who had put the relevant arrangements in place with a view to concealing assets from his creditors. …

I wonder whether these facts give rise to what has been called an automatic resulting trust, which arises in favour of a transferor where a transfer upon an express trust fails. In Morice v Bishop of Durham (1805) 10 Ves Jun 522, (1805) 32 ER 947, [1805] EWHC Ch J80 (20 March 1805) an attempted testamentary bequest to the Bishop of Durham on trust for benevolent purposes failed for uncertainty, and Lord Eldon LC held that the Bishop held the bequest on resulting trust for the testator’s estate. The leading modern case is Vandervell v IRC [1967] 2 AC 291, [1966] UKHL 3, [1966] UKHL TC_43_519 (24 November 1966). Guy Anthony “Tony” Vandervell (pictured above right) was an industrialist and motor racing financier. He wished to establish a chair at the Royal College of Surgeons, so he transferred shares to the College, which in turn granted an option over the shares to his trust company, Vandervell Trustees. However, he did not clearly specify the trust on which the trust company held the option. The House of Lords held that the trust failed for lack of ascertainable beneficiaries, so that the College held the shares on a resulting trust for Mr Vandervell. Morice and Vandervell are the classic cases in which a resulting trust arises in favour of a transferor where a transfer upon an express trust fails.

In HKRME v English, McDonald J held that the transfer from HKRME upon an express trust for the RCT has failed; the beneficial interest was originally in HKRME, and they had failed to give it away effectively to the RCT; so the beneficial interest must have remained with HKRME. In those circumstances, HKRME could have argued that, as a matter of law, the RCT held the money on a resulting trust for HKRME. Again, since this trust would have arisen as a matter of law as a consequence of the failure of the trust in favour of the children, Ryan’s intentions would have been entirely irrelevant to the constitution of the resulting trust. But this issue did not arise before McDonald J; it will be interesting to see if it features on appeal.

Interestingly, on this point, on appeal from Megarry J (sub nom White v Vandervell Trustees Ltd (No 2) [1974] Ch 269, [1974] EWCA Civ 7 (03 July 1974)), the Court of Appeal made some interesting observations about pleadings that may be relevant to the appeal in HKRME v English. Lord Denning MR commented:

It is sufficient for the pleader to state the material facts. He need not state the legal result. If, for convenience, he does so, he is not bound by, or limited to, what he has stated. He can present, in argument, any legal consequence of which the facts permit.

The Court of Appeal did not disagree with Megarry J’s legal analysis; rather, they reversed him in the application of the law to the facts, as to the legal consequences of the facts as found. In HKRME v English the fact of the failure of the transfer to the RCT was established by McDonald J; if that was sufficiently set out in the pleadings, then it may very well be that this would be sufficient for the Court of Appeal to hold that there was a resulting trust in favour of HKMRE. And, to return briefly to my previous post on the case, it may also be sufficient to permit the Court of Appeal to hold that HKMRE’s unjust enrichment claim is not limited as McDonald J directed and that they are entitled to restitution of the full US$8,094,873. However, as I said at the end of that post, predictions are difficult, especially about the future; all that can be said for certainty is that this case is likely to run and run.