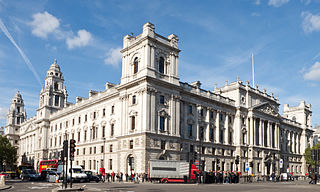 In my first post, I pointed out that a cause of action for restitution of unjust enrichment is complete when the payment is made by the plaintiff and received by the defendant, so that the defendant’s enrichment is the amount paid by the plaintiff. This is because, where the enrichment is the payment of money, complex questions seldom arise (Dublin Corporation v Building and Allied Trade Union (the Bricklayers’ Hall case) [1996] 2 IR 468, 483; [1996] 2 ILRM 547, 558 (html) (Keane J; Hamilton CJ, O’Flaherty, Blayney and Barrington JJ concurring); Test Claimants in the Franked Investment Income Group Litigation v Revenue and Customs (No 3) [2021] UKSC 31 (23 July 2021) [FII (No 3)] [170] (Lords Reed and Hodge (in a joint judgment; Lords Briggs, Sales and Hamblen concurring)). The enrichment of the defendant is straightforwardly the payment made by the plaintiff and received by the defendant.

The main reason given by McDonald J for departing from this basic position was that, in orchestrating the transfers ultimately received by English, the intention of the owner of the beneficial interest in HKRME was that “while the liabilities of HKRME would have to be met, the balance of the monies were not intended to be held for HKRME” (HKR (No 3) [31]). As a consequence, HKRME could contend only that the element of the monies transferred to it to meet its liabilities “remained its property and that, accordingly, the transfers had, to that extent, been made at its expense on foot of the fictitious invoices” (id [42]). The main problem with this analysis is that it conflates personal and proprietary liability. As I argued in my first post, the personal claim to restitution of the value of the payment transferred is complete at the moment the payment is made, and that claim is simply a debt (see, eg, Prudential Assurance Company Ltd v Revenue and Customs [2019] AC 929, [2018] UKSC 39 (25 July 2018) [72] (Lords Mance, Reed and Hogde (in a joint judgment; Lords Sumption and Carnwath concurring)); FII (No 3) [90], [114]). That debt is a personal claim to the amount paid. It is not a proprietary claim to the actual money paid. A proprietary claim to the property in the money may arise for additional or distinct reasons (see, eg, Eoin O’Dell “Unjust enrichment and the remedial constructive trust” (2001) 23 Dublin University Law Journal (ns) 71 (Tara)). These are two separate claims, based on different legal considerations, and limitations upon the one are not necessarily – or at all – limitations upon the other. Hence, even if a proprietary claim by HKRME to the property in the money is limited to the amount of its liabilities, there is no reason why a personal claim should be. The personal claims were complete when the payments was made on foot of the basis (or consideration) that had failed.

The liabilities which McDonald J took into account are not of this type. They were simply general liabilities, and not consequent liabilities which negated the enrichment (see, eg, Graham Virgo The Principles of the Law of Restitution, (3rd ed, Oxford University Press, 2015) 73; Andrew Burrows The Law of Restitution (3rd ed, Oxford UP, 2011) 50). The necessary link is illustrated by Jeremy Stone Consultants Ltd v NatWest Bank plc [2013] EWHC 208 (Ch) (11 February 2013). Saunders defrauded the plaintiffs of money, and paid it into the account of Saunders Electrical Wholesale Limited [SEWL] at NatWest bank. Sales J held that NatWest had not thereby been enriched, because the increase in its assets “was matched by an immediate balancing liability, in the form of the debt which NatWest owed SEWL reflected in the increase in SEWL’s bank balance as a result of the payments” ([242]). The absence of the necessary link is illustrated by FII (No 3): any supposed obligation to pay the invalid ACT, on the one hand, and the entitlement to tax credits, on the other, were independent of each other (see, eg, [190]). The subsequent entitlement to tax credits did not negate the initial enrichment by payment of the invalid ACT. Unlike Stone v NatWest, there is no necessary connection whatsoever between HKMRE’s payments ultimately to English, and its liabilities to other parties. Indeed, the lack of such connection is even more obvious than in FII (No 3): in that case, there was some plausible – if insufficient – factual connection between the potential tax liability giving rise to the unjust enrichment and the subsequent tax credit; whereas there is no similar plausible factual connection between HKR’s payments giving rise to English’s unjust enrichment and any of HKR’s liabilities.