In a tweet a little while ago, I wondered: 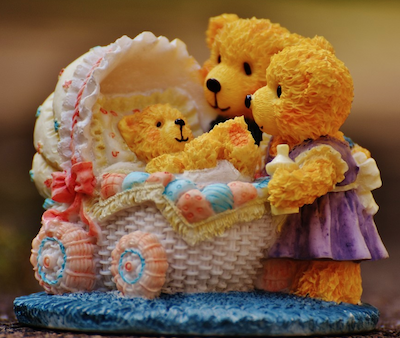 The answer to this question falls into two stages. The first, which I will consider in this post, is the extent to which equity can generate a new order or injunction. If it can, then the second stage, which I will consider in a future post, is whether it can develop a new order or injunction to prevent strategic lawsuits against public participation (anti-SLAPP orders).

The answer to question whether equity can generate a new order or injunction, and the background to Cartier, begins with section 25(8) of the Judicature Act, 1873, which provided that a “mandamus or an injunction may be granted or a received appointed by an interlocutory order of the court in all cases in which it shall appear to the court to be just and convenient”. In Beddow v Beddow (1879) 9 Ch D 89 (pdf), Jessel MR held that if “this can be done on by interlocutory application a fortiori it can be done at the trial of the action”. Section 45(1) of the Supreme Court of Judicature (Consolidation) Act 1925 repeated section 25(8) of the 1873 Act. And it was replaced by the slightly more expansive section 37 of [what is now called the] Senior Courts Act 1981, which provides: “The High Court may by order (whether interlocutory or final) grant an injunction or appoint a receiver in all cases in which it appears to the court to be just and convenient to do so”. Hence, Jessel MR’s gloss on section 25(8) of the 1873 Act was expressly incorporated into section 37(1) of the 1981 Act. In Beddow, Jessel MR said of section 25(8) of the 1873 Act that

the only limit to my power of granting an injunction is whether I can properly do so. … I have unlimited power to grant an injunction in any case where it would be right or just to do so …

As a consequence, the English courts developed a jurisdiction to grant an injunction restraining a party to any proceedings from removing from, or otherwise dealing with, assets located within the jurisdiction of the court. This freezing injunction is named for one of the early cases, Mareva Compania Naviera SA v International Bulkcarriers SA (The Mareva) [1980] 1 All ER 213 (23 June 1975), in which Lord Denning MR relied on Jessel MR in Beddow to award a freezing order on foot of section 45(1) of the 1925 Act (see also Rasu Maritima SA v Perusahaan (The Pertamina) [1978] 1 QB 644, 659-66 (Lord Denning MR); AJ Bekhor & Co Ltd v Bilton [1981] QB 923, [1981] EWCA Civ 8 (06 February 1981) [30] (Ackner LJ; Stephenson LJ concurring)). And that power was quickly codified into section 37(3) of the 1981 Act.

There have been many similar developments. In Anton Piller KG v Manufacturing Processes Ltd [1976] Ch 55, [1975] EWCA Civ 12 (08 December 1975), the courts developed an order permitting the search for, and delivery up from the defendant, of relevant evidence. In Bayer AG v Winter [1986] 1 All ER 733 (20 December 1985), the courts developed orders restraining a defendant from leaving the jurisdiction, and requiring the delivery up of the defendant’s passport. Bayer has provided the basis for applications requiring defendants to sign mandates to third parties such as banks and internet service providers authorising them to disclose details of those accounts to plaintiffs (see, eg, Lakatamia Shipping Company Ltd v Su [2020] 1 WLR 2852, [2020] EWHC 865 (Comm) (08 April 2020)). In Castanho v Brown & Root (UK) Ltd [1981] AC 557 (HL), the courts developed anti-suit injunctions which prohibit a party from taking or continuing oppressive or vexatious proceedings in another jurisdiction. And in Bank St Petersburg Ojsc v Arkhangelsky [2014] 1 WLR 4360, [2014] EWCA Civ 593 (14 May 2014) the courts have developed anti-enforcement injunctions, where a domestic defendant seeks an injunction from the domestic court to restrain a plaintiff who has been successful in foreign proceedings from enforcing the judgment.

Beyond injunctions, equity has generated other orders; for example, in Norwich Pharmacal Co v Customs and Excise Commissioners [1974] AC 133, [1973] UKHL 6 (26 June 1973) the House of Lords clarified conflicting chancery authorities and held that the courts have an equitable jurisdiction a party who is not a party to litigation and who which has been innocently mixed up in wrongdoing, can be compelled to disclose documents or information relating to the wrongdoing, in particular to order the third party to reveal the identity of an alleged wrongdoer (see The Rugby Football Union v Consolidated Information Services Ltd [2012] 1 WLR 3333, [2012] UKSC 55 (21 November 2012) [14]-[17], [46] (Lord Kerr; Lady Hale, and Lords Phillips, Clarke and Reed, concurring); BT v Cartier [8]-[13] (Lord Sumption)).

All of this puts my reference in the tweet to the opinion of Lord Sumption in Cartier International AG v British Telecommunications plc into context. As Fancourt J put it in UTB, LLC v Sheffield United Ltd [2018] 1 WLR 5195, [2018] EWHC 1663 (Ch) (29 June 2018) [31] section 37(1) SCA 81 “confirms but does not create the power of the High Court” to award injunctions. That power “is unlimited (subject to there being jurisdiction over the defendant), but the settled practice of the Court has over time evolved to govern the way in which that power will and will not be exercised. The power is only exercised on a principled basis. The evolution has continued apace in the last 30 years in particular (since the days of the earliest Mareva injunctions) and still continues, as shown by the extension to … Norwich Pharmacal … and … Cartier International“. In Cartier, the English courts awarded blocking injunctions against internet intermediaries facilitating infringement of intellectual property rights. Arnold J at first instance ([2015] 1 All ER 949, [2014] EWHC 3354 (Ch) (17 October 2014)) and Kitchin and Jackson LJJ in the Court of Appeal ([2017] 1 All ER 700, [2016] EWCA Civ 658 (06 July 2016)) awarded blocking injunctions on the basis of the general power in section 37(1) of the Senior Courts Act 1981 interpreted in the light of EU law. Briggs LJ was prepared to go further, and hold that blocking injunctions are a natural development of the court’s enforcement of equitable duties. In the Supreme Court ([2018] 1 WLR 3259, [2018] UKSC 28 (13 June 2018)), Lord Sumption agreed “with the view expressed by Briggs LJ … that the website blocking order made in this case could have been made quite apart from the power derived from European law, on ordinary principles of equity” ([2018] UKSC 28 [15]; see also Nintendo Co Ltd v Sky UK Ltd [2019] EWHC 2376 (Ch) (10 September 2019)). The ordinary principles of equity upon which a web-blocking injunction could be ordered are those which give rise to the injunctions and orders already discussed in this post. That injunction stands as another example of the incremental development of the broad powers conferred by section 25(8) of the 1873 Act, section 45(1) of the 1925 Act, and section 37 SCA 81.

Rickard concerned the reference in section 28(8) of 1877 Act (following section 25(8) of the 1873 Act) to the power to appoint receivers. In Masri v Consolidated Contractors International (UK) Ltd (No 2) [2009] QB 450, [2008] EWCA Civ 303 (04 April 2008) Collins LJ (Lord Neuberger and Ward LJ concurring) approved of the incremental development of the powers of the courts relating to injunctions and receivers conferred by section 25(8) of the 1873 Act and section 37(1) SCR 81; indeed, in his view, “the powers under section 37(1) can be adapted to new circumstances” (ibid, [182]); and he held that, as a consequence, the court could appoint a receiver by way of equitable execution over future receipts from a defined asset (see also Taurus Petroleum Limited v State Oil Marketing Company of the Ministry of Oil, Republic of Iraq [2018] AC 690, [2017] UKSC 64 (25 October 2017); Behbehani v Behbehani [2019] EWCA Civ 2301 (20 December 2019)). In Rickard, MacMenamin J approved Collins LJ’s approach to those sections. MacMenamin J adopted a flexible approach (see, in particular, [71], [84]) to the question of when an order would be “just or convenient” for the purposes of section 28(8) of the 1877 Act. And he concluded that the section justified the appointment of a receiver to collect monies over both equitable and legal interests. A similarly flexible approach to the injunction element of section 28(8) would justify the development of anti-enforcement injunctions, blocking injunctions, and de-indexing injunctions.

There are limits to these injunction powers. In Masri (No 2), Collins LJ noted that section 37(1) SCA 81 did not confer an unfettered power, but rather one that has been circumscribed over time by judicial authority (referring to South Carolina Insurance Co v Assurantie Maatschappij “De Zeven Provincien” NV [1987] AC 24, 40 (Lord Brandon of Oakbrook)). Nevertheless, in the same case, Lord Goff of Chieveley was “reluctant to accept the proposition that the power of the court to grant injunctions is restricted to certain exclusive categories. That power is unfettered by statute; and it is impossible for us now to foresee every circumstance in which it may be thought right to make the remedy available” (and compare Mercedes-Benz AG v Herbert Heinz Horst Leiduck Co [1996] 1 AC 284, 308 [1995] UKPC 31 (24 July 1995) 21 (Lord Nicholls, dissenting)). The Courts are prepared to rely on the statutory injunction powers to go beyond established categories of injunctions where necessary. As Lord Scott noted in Fourie v Le Roux [2007] 1 WLR 320, [2007] UKHL 1 (24 January 2007) [30], Mareva injunctions could not have been developed and become established if Cotton LJ’s caution in North London Railway Co v The Great Northern Railway Co (1883) 11 QBD 30, 39-40 relating to section 25(8) of 1873 Act still held good.

It is clear, therefore, that Equity can, indeed develop new orders and injunctions when necessary. The question therefore arises whether it can develop an anti-SLAPP injunction. I will address that question in a subsequent post.

2 Reply to “If Equity can develop new orders when necessary, can it develop anti-SLAPP orders? Part 1: new equitable orders”