For the first Free Speech University Rankings (FSUR) in the UK, Spiked ranked the policies and actions of universities and students’ unions, for free speech purposes, using a traffic-light system – red is bad; amber has chilled speech; green means a hands-off approach to free speech. An overall ranking for an institution is given as an average of the two (university and students’ union) rankings. FSUR is the first step in a campaign by Spiked, in partnership with students around the UK, against free speech restrictions on campus in the UK.

I wonder how Trinity College Dublin would do under the FSUR heads of assessment:…

Last Tuesday, in the My Education Week column in the Irish Times, Paddy Prendergast, the Provost of Trinity College Dublin (and thus my boss) wrote a diary of his working week. This is how his entry for Wednesday, October 5th, began (with added links):

I meet with the Senior Dean and Dean of Students to discuss the student debating society, the Philosophical Society’s invitation to the BNP leader, Nick Griffin, to participate in a debate later this month. The issue has received considerable media coverage, but more importantly there are objections from our own college community. Freedom of speech is an important principle as is that of self-governance of student societies. We agree to meet with the Philosophical Society and consider this serious matter further. …

This seemed positive enough. Both freedom of speech and student society self-governance would pull in favour of allowing Nick Griffin to speak. Don’t get me wrong: Griffin’s views are loathsome, and the BNP is a hateful organisation, but I defend their right to spew their foul and horrid bile simply so that it can be exposed for the obnoxious and indefensible nonsense that it is. But this debate is not to be.…

A journal editor who was sued in France for criminal libel because of a negative book review has won his case, he told The Chronicle today. Joseph H.H. Weiler, a professor of law at New York University, said that a French court had ruled against the complaint brought against him by Karin N. Calvo-Goller, a scholar in Israel. Ms. Calvo-Goller took issue with a critical review of one of her books on the Global Law Books Web site, which Mr. Weiler edits.

… “Academic freedom now confronts challenges powerful enough to ask not what its future will be,” writes Cary Nelson, president of the American Association of University Professors, in No University Is an Island: Saving Academic Freedom (2010), “but whether it will have a future at all.

Nelson’s warning is timely. But his analysis is incomplete. Focusing on how political, corporate, and administrative intrusions threaten academic freedom, Nelson casts professors as victims of powerful anti-intellectual forces. But that’s not the whole story. And if academic freedom is to be saved, the whole story must be told.

… Academic freedom belongs to the public — it is not the property of academics. Professors must explain why academic freedom is vital to our democracy — and prove that they deserve it.

Beset by budget shortfalls, rising tuition, poor learning outcomes, and scandal, our colleges and universities are under more scrutiny than ever. Demands for accountability have never been louder. Failure to meet those demands has never had a higher price tag.

Professors must decide how much academic freedom is worth to them. Is it worth policing themselves — consistently, consequentially, and transparently? If so, academic freedom might just have a future after all.

Erin O’Connor and Maurice Black are research fellows at the American Council of Trustees and Alumni. 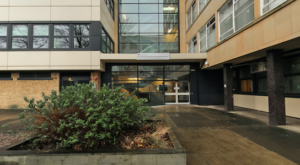 …The state then, as argued by Kant in 1798, has a duty to protect academic freedom in order to enhance if not ensure the rule of reason in public life, while the university has commensurate duty to counter the excesses of the state and its desires.

… neither should one be in thrall to academic freedom, or use it to simply buttress selfish desires for permanent employment and security. In this regard, I think academic freedom should not always be bundled together with the concept of ‘permanency’ (which varies in meaning depending on context). …

… If academic freedom is a meaningful privilege that comes with real responsibilities, it must have an elitist dimension, which means that there needs to be a robust process to determine who is accorded this freedom (qua responsibility). …

the debate on academic freedom … concerns the freedom of the academic expert to speak the truth in the public interest. That freedom is underpinned by the right to tenure in the Universities Act (1997).

If we are serious about exploiting the smart economy, we need to build up understanding between our academics and the public.

During World War II, the legal academy was virtually uncritical of the government’s conduct of the war, despite some obvious domestic abuses of civil rights, such as the internment of Japanese-Americans. This silence has largely been ignored in the literature about the history of legal education. This Article argues that there are many strands of causation for this silence. On an obvious level, World War II was a popular war fought against a fascist threat, and left-leaning academics generally supported the war. On a less obvious level, law school enrollment plummeted during the war, and the numbers of full-time law professors dropped by half. Of those professors “laid off” during the war, many took employment in government agencies and thus effectively silenced themselves. Finally, the American Association of Law Schools had only adopted a strong position on academic freedom and tenure in 1940. The commitment to academic freedom and tenure was insecure in many institutions and was only weakened by the severe economic strain of the war. To illustrate the effect of these larger forces, this Article tells the stories of five professors who criticized domestic policy during the war and the institutional consequences of their dissent. Of those professors, only one – a tenured professor at New York University – was fired during the war.

The rather arcane principles of academic tenure and academic freedom, which have long featured on this blog, have recently moved close to the centre of industrial relations debate and political discussion. The National Strategy for Higher Education in Ireland (the Hunt Report) and the Public Service Agreement 2010-2014 (the Croke Park Agreement) seem to imperil both concepts. The current conception of academic tenure is threatened by proposals to make significant changes to academic employment conditions, and the current conception of academic freedom is undermined by recommendations that fundamental academic choices should be determined not by academics or institutions but at national level. It is unsurprising, therefore, that a recent meeting of Irish academics protested against the implementation of the Croke Park agreement in third-level institutions, and called for the defence of tenure and academic freedom.

Some colleges and universities have been strong in their defence of these concepts. For example, I have already discussed the provisions of Trinity’s 2010 Statutes protecting tenure and academic freedom. Moreover, the Trinity’s Council and Board have recently approved a detailed and progressive Policy on Academic Freedom. I have also discussed similar statutory provisions in other Irish universities. To that, I can now add the provisions of NUI Maynooth‘s statutes relating to tenure.…