The Broadcasting Authority of Ireland (BAI) is the body responsible for the regulation of broadcasting in Ireland, and two of its recent decisions raise the same question of whether a power provided to it by the Broadcasting Act, 2009 (also here) is consistent with the right to freedom of expression protected by the Irish Constitution and the European Convention on Human Rights.

The first relates to the moratorium on coverage of the referendum on the Treaty on Stability, Co-operation and Governance in the Economic and Monetary Union which came into effect from 2pm on Wednesday 30 May, the day before the referendum vote, and lasted until 10pm on Thursday 31 May, when polling stations closed. Pursuant to section 42(2) of the 2009 Act (also here), the BAI prepared a Code of Referenda and Election Coverage, on foot of which Irish broadcasters were unable to carry any content that related directly to referendum issues, including material pertaining to the merits or otherwise of the referendum and the related constitutional amendment proposed.

The second relates to the decision by the BAI that a radio advertisement against prostitution and sex trafficking by the Turn Off The Red Light campaign was “directed towards a political end” contrary to section 41(3) of the 2009 Act (also here).…

Adverts by the Core Issues campaign group, centred around the slogan above, suggesting that gay people could be cured, have been banned from London buses by Boris Johnson, Mayor of London, and chair of Transport for London.

On the other hand, the British Humanist Association ran an advertising campaign on London buses several years ago. Their slogan said “There’s probably no god. Now stop worrying and enjoy your life”. More recently, Stonewall ran a campaign around the slogan “Some people are gay. Get over it!”.

Both the BHA campaign and the Core Issues campaign were controversial, update: notwithstanding earlier reports, it seems that the ASA did not adjudicate on the Core Issues campaign. But the opposition to the latter has been much greater, resulting in the Mayor’s decision to ban the adverts. I am very confused about this, as I can see no material difference between the three campaigns. All three are insulting or offensive to significant groups of the population, and all three should be assessed on the same standard. They should all be published, or all banned. For my own part, I think that the above slogan is horribly offensive, but I don’t think that offense is a sufficient standard to ban it or any of the other adverts.… 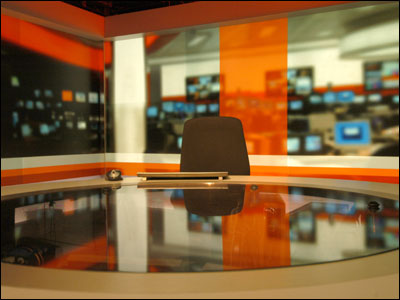 During the course of the next month or so, we are going to hear a lot about the duty of broadcasters to be balanced, fair, objective, and impartial, in current affairs matters. In fact, TV3 have twice now sought to determine exactly what that duty means. First, earlier this month, TV3 queried whether this duty requires a moratorium on political coverage the day prior to polling and on election day. Then, last Thursday night, on Tonight with Vincent Browne, Browne suggested that if Fine Gael leader Enda Kenny did not accept TV3’s invitation to participate in an election debate with other party leaders, TV3 would go ahead with the debate with an empty chair where Kenny should have been; and Browne simply rebuffed Fine Gael’s Alan Shatter’s objection that the empty chair would breach TV3’s duty of impartiality. Given how supine Irish broadcasters have been in the past about the scope and limitations of this duty, I’m delighted to see TV3 take such a robust interpretation, and I look forward to further examples during the general election. In the meantime, in this post, I want to look at the fairness issues raised by the moratorium; in a future post I will look at those raised by the empty chair.…

It is a bad advert for Irish politics that RTÉ (Ireland’s national public broadcaster) has had to decline to broadcast a radio advertisement for the short film Defend The Pension from the Older & Bolder campaign (above, via Vimeo; see also here, via YouTube). Older & Bolder is an alliance of non-governmental organisations that champions the rights of all older people, and seeks to combat ageism. Defend The Pension is directed by award-winning director Ken Wardrop, who directed the wonderful His & Hers; and it shows a number of old age pensioners standing in the pouring rain explaining why the State pension is important to them and should not be cut.

According to today’s Irish Times, Peter Feeney, Head of Broadcast Compliance at RTÉ, said that this section forbids all broadcasters from carrying advertisements towards political ends, and that RTÉ has no discretion in this matter. He also said that RTÉ’s copy clearance committee decided the advertisement breached the Act because it directed listeners to a video and website that sought to influence the Government in the formation of December’s budget.…

As a companion piece to the Reagan advertisement in my last post, Eisenhower for President (left), built around the famous slogan “I like Ike”, is regarded as the first paid political television advertisement. I wonder what the first Irish one will be, and when?

I promised in an earlier post that I would look again at Kevin Rafter’s recent report on Political Advertising: The Regulatory Position & the Public View (here), the research for which was funded under the Broadcasting Authority of Ireland’s Media Research Scheme.

This distinction between broadcast and print media is often justified by the particular power of the broadcast medium. However, a local ban takes little account of developments in broadcasting (cable, satellite and digital channels) and telecommunications (the internet, mobile devices), and radio and television have nothing like the reach and impact that they had even a generation ago.…

Following on from yesterday’s post, here are three quick updates on political advertising.

First, Kevin Rafter’s report for the BAI (here) has been picked up by the The Irish Film & Television Network. Second, there is a very good letter in today’s Irish Times on the issue:

Madam, – A proposal to alter the restrictions on political and religious advertising is long overdue (News, November 16th). The decision, some weeks ago, by RTÉ to ban a fundraising advertisement by the Shell to Sea campaign is an indication of the folly which underlies this ban. Defining what comes under the scope of a political campaign is a delicate but, ultimately, subjective judgement.

An oil company or car manufacturer advertising a “green” approach to business is a highly political act.