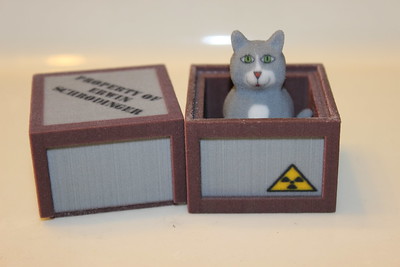 Mark Twain reputedly said: “Too much of anything is bad, but too much good whisky is barely enough.”

Online shoppers at the supermarket Morrisons came close to testing his theory when the retailer accidentally priced bottles of a Scotch whisky at just £2.50, a 93% discount from its usual price of £36. …

Whisky lovers piled in, posting their delight on social media, only to discover their big orders had been thwarted at the last minute.

The pricing error was identified by Morrisons, and due to minimum unit pricing legislation making the charge per bottle illegal, the retailer cancelled all orders before they were actioned. … 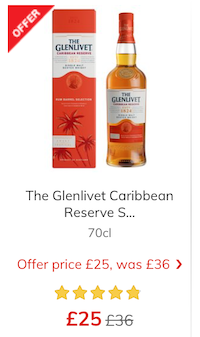 As the image (left) from Morrisons’ current website implies, someone must have mistakenly entered £2.50 instead of the intended £25.00. But Morrisons were able to play the get-out-of-jail-free card of Scotland’s minimum unit pricing legislation (in force since 2018) prevented the offer from taking effect. Ireland has similar legislation (in force since the beginning of this year). However, if they could not have played that card, would they have been bound to sell the whisky for £2.50?… 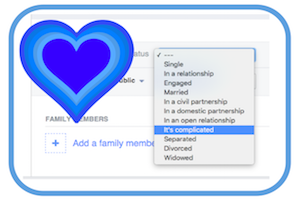 This kind of mistake happens a lot. Sometimes, it’s human error; sometimes, it’s a misfiring algorithm – thus proving the old adage: to err is human, but to really foul things up requires a computer (though, some of these errors could be maliciously caused by hacking). And these errors seem particularly headline-grabbing when they involve really cheap tvs or flights. I’ve looked at the legal issues in these situations several times on this blog: see here, here, here, here, here, here and here. …

By way of update on this morning’s post, here is an extract from an email I received today from the Irish publishers Round Hall (the local imprint of Thomson Reuters) which raises very similar issues:

Oops! Correction of Offer Price for The Criminal Process

Our E-newsletter distributed on 30 November 2010 contained a mistake in relation to the 20% savings advertised for The Criminal Process by Thomas O’Malley.

The correct offer price, valid until the 15 December 2010, is in fact €316, and not €136 as advertised in our latest e-newsletter. The list price is €395. I’m sure that you will agree that this is still an excellent offer for this particular title!

Our sincere apologies for any confusion caused. (Our marketing department is doing suitable penance at the moment, and is also paying a little visit to the optician…)

An item in the Readers’ Queries feature on the Consumer page in last week’s Irish Times caught my eye, not least because it raised very interesting issues about ordering goods online:

Online TV deal too good to be true

A reader was on the Arnotts website recently pricing televisions when he found a 42” model for €1,498. According to the site it had a discount of €1,400. “A TV for €98? Where could I go wrong? So I put in my Laser card details, expecting to be told the order could not be processed due to a pricing error but no, it went through. I got a confirmation e-mail a few minutes later with an order number,” he writes.

He “kept checking the tracking of the order on their web page and it said the order was processed and waiting for a delivery date. Later that evening I got an e-mail saying they had made an error in pricing and my order was cancelled.”

The incident has left him curious. “Since Arnotts never took any money from my account but did issue the order number, do they have to honour the order or are they completely within their rights to cancel it?