On this day in 1993, the New Yorker magazine published a cartoon by Peter Steiner. A large dark dog sits at a desk in front of a computer; a smaller white dog sits on the floor beside him; the large dog says to the small one “On the Internet, nobody knows you’re a dog”.

On 14 November 2010, the Joy of Tech blog published a cartoon by Nitrozac and Snaggy. It’s very similar to Steiner’s; but, this time, the large dog is saying to the small one “It used to be that on the Internet, nobody knew you were a dog. Now, on a social network, everybody knows you’re a bitch“.

On 12 June 2013, the Joy of Tech blog published another cartoon by Nitrozac and Snaggy. It has two panels. The left panel, headed “In the 1990’s”, is a colourized version of Steiner’s original. The right panel, headed “Now”, shows two NSA agents in a control room. One says “Our metadata analysis indicates that he is definitely a brown lab”. The other says “He lives with a white and black spotted beagle-mix, and I suspect they are humping”.

On 23 February 2015, the New Yorker published a cartoon by Kaamran Hafeez.… 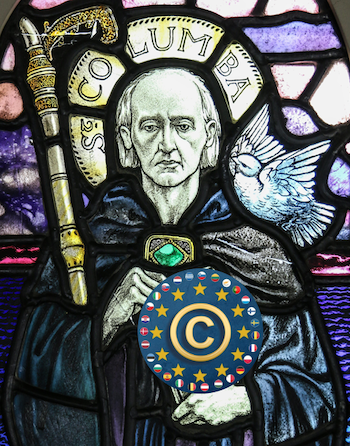 Happy birthday, St Columba
Today is the birthday, 1,500 years ago, in 521, of a celtic saint variously called Columba or Colmcille (pictured left). He founded many monasteries, including those in Kells, Ireland, and Iona, Scotland, where the Book of Kells was written. A tale about him forms an important part of Irish copyright lore. It is, therefore, an auspicious day on which to note that there has recently been an important development in Irish copyright law: the EU’s DSM Directive has recently been implemented into Irish law (see the European Union (Copyright and Related Rights in the Digital Single Market) Regulations 2021 (SI No 567 of 2021) (SI 567) implementing Directive (EU) 2019/790 of the European Parliament and of the Council of 17 April 2019 on copyright and related rights in the Digital Single Market and amending Directives 96/9/EC and 2001/29/EC (Text with EEA relevance) (OJ L 130, 17.5.2019, p. 92–125) (DSM)). 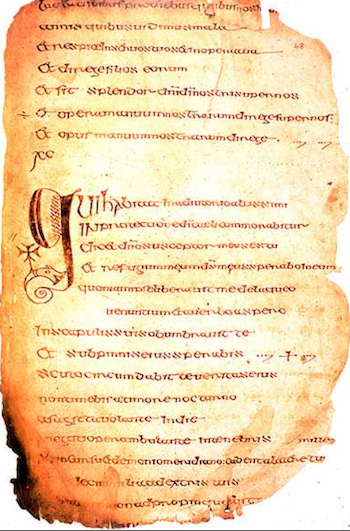 There is fundamental right to copyright in Irish Law. This has existed as part of Irish legal tradition since the time of Saint Colmcille. He is often quoted in connection with the aphorism: le gach bó a buinín agus le gach leabhar a chóip (to each cow its calf and to every book its copy). 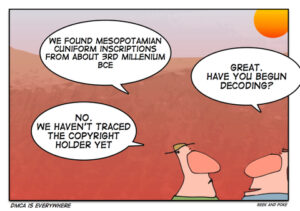 In a recent comment to my post from last year, on Coronavirus and copyright – or, the copyright concerns of the widespread move to online instruction, I was asked about copyright when giving online lectures for local historical societies. The answer became too long and convoluted for a comment reply, so I thought I’d sketch it here in a post. It should have been a short reply, to the effect that there would be no copyright issues in the way of giving such lectures, but the more I thought about it, and the more I looked at the relevant legislation, the more complicated the answer became. This is not a good position for the law – unnecessary complexity is to the law’s eternal discredit. Indeed, I’m not even sure I’ve got to the bottom of the issue here. If anyone can advance the analysis, please feel free to let me know, either in the comments below, or via the site’s contact form. Meanwhile, this is my first stab at the issue, concluding quite a circuitous analysis with a recommendation for a rather more straightforward reform.

The first question is always whether copyright attaches to the images – as the cartoon, above left, suggests, it often feels like copyright is perpetual – but it does eventually time out.… 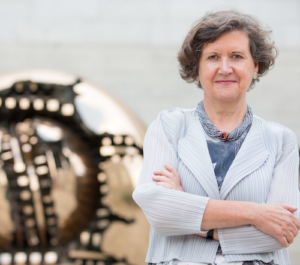 Update: this post has been updated to discuss the Irish Copyright Licencing Agency’s applicable licences. 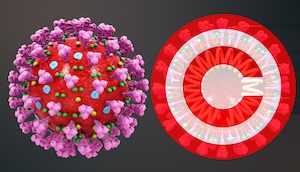 I work in Trinity College Dublin, which announced on Tuesday that education would be delivered online from next Monday. The National Forum for the Enhancement of Teaching and Learning in Higher Education has put together a very useful spreadsheet of links to useful online teaching resources. But, in our race to go online in time to deliver classes to our students, we must not forget that copyright law continues to apply. In that regard, I’m delighted to note that recent reforms to Irish copyright law will make all of our lives easier. The Copyright and Other Intellectual Property Law Provisions Act 2019 (also here) [COIPLPA] amended the Copyright and Related Rights Act 2000 (also here) [CRRA] in various significant ways, in particular relating to online educational uses of copyright material. 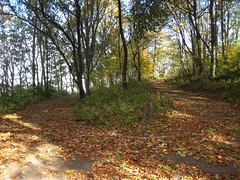 In particular, one of the terms of reference required the CRC to “examine the US style ‘fair use’ doctrine to see if it would be appropriate in an Irish/EU context”. It was a controversial topic, with powerful views expressed both for and against the exception.…