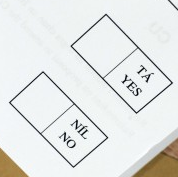 The role of the People in amending the Constitution cannot be over-emphasized. It is solely their prerogative to amend any provision thereof by way of variation, addition or repeal or to refuse to amend. 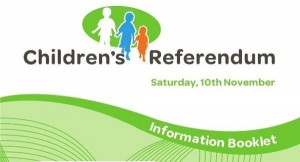 Another quotable quote from Hogan J, this time about the right to personal liberty in Bunreacht na hÉireann.

1° No citizen shall be deprived of his personal liberty save in accordance with law.

19. It may be that … the jurisdiction under Article 40.4.2 is a singular one, yet if this is so, let this be its own tribute to the Constitution’s unrelenting commitment to the protection of personal liberty.

Obscene. Once I had caught my breath, and collected my composure, this was my immediate reaction to learning that a high court jury had awarded 10 million euro in libel damages, made up of €9m in compensatory damages and €1m in aggravated damages. According to RTÉ:

A Co Louth businessman who took a libel action against his former employers after an incident in which he sleep walked naked has been awarded €10m in damages.

The jury agreed that a press release sent out by mining company Kenmare Resources in July 2007 insinuated that Donal Kinsella had made inappropriate sexual advances to company secretary Deirdre Corcoran on a business trip in Mozambique in May that year.

The award is the highest award of damages for defamation in the history of the State. … Lawyers for Kenmare Resources were granted a stay on the award pending an appeal to the Supreme Court. … Kenmare Resources issued a statement saying it was ‘shocked’ at the verdict and it will ‘immediately and vigorously appeal the decision’.

The Irish Times added: “Outside court, Mr Kinsella (67) said he was ‘exhilarated and vindicated’ by the jury’s verdict”. I do not in any way begrudge him the vindication of his reputation, but does this really require 10 million euro?…