This is a thoroughly welcome development, which I will analyse in detail on this blog at a later date. For now, in this post, I want to focus on two innovations, relating to guiding principles to apply in the judicial selection process, and to the eligibility of academics. … 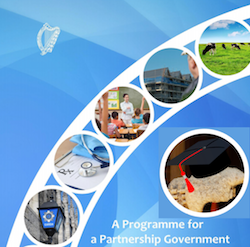 Lord Neuberger, President of the Supreme Court of the United Kingdom gave an address (pdf) to the International Council of Advocates at the World Bar Conference in Edinburgh recently. Given the occasion, Neuberger was mostly concerned with the role of advocates; but he did also mention the inter-relationship between bench and bar; and he made a very interesting observation about judicial diversity, in particular about the desirability of recruiting judges from academia or government.

Here are some extracts (emphasis added):

3. An honest, expert, respected, and independent judiciary is now generally accepted as being an essential ingredient of the rule of law, which is one of the two main constitutional pillars of an properly ethical and commercially successful society (the other pillar being democratic government). …

6. I believe that the system that it exists in the countries represented here today, Zimbabwe, Wales, South Africa, Scotland, Northern Ireland, New Zealand, Namibia, Ireland, Hong Kong, England or Australia, is one which we have every reason to feel proud of. Not only does each of us have a strong and independent judiciary and a strong and independent legal profession, but we each have a system which ensures that the two groups, judges and lawyers, understand each other.

Approximately one month after both Adrian Hardiman of the Irish Supreme Court and Antonin Scalia of the US Supreme Court suddenly passed away, Thomas Cromwell of the Supreme Court of Canada has given notice to the Canadian Minister of Justice that he will retire from the bench effective 1 September 2016. On theCourt.ca, John Mastrangelo writes that “the newly-elected Canadian government will soon face a challenge of its own in replacing a Canadian Supreme Court titan”. One aspect of Mastrangelo’s assessment caught my eye:

Born in Kingston Ontario, the young Thomas Cromwell earned degrees in Music and in Law from Queens University, an ARCT Diploma from the Royal Conservatory of Music, and a Bachelor of Civil Law from Oxford University. After spending time teaching at both the University of Toronto and Dalhousie University, Justice Cromwell served as Executive Legal Officer to then-Chief Justice Antonio Lamer between 1992 and 1995, before going on to serve in the judiciary himself. In 1997, he was appointed by former Prime Minister Jean Chretien directly to the Nova Scotia Court of Appeal despite not having had any prior experience as a trial judge (although he had previously served as a labour arbitrator and adjudicator in Nova Scotia).

Why should legal academics not be eligible to apply for appointment to be bench, especially at appellate level? The question came up during a debate on the Courts Bill 2015 in the Seanad last Friday. The Bill is a short one, designed to increase the number of judges of the High Court by two. But amendments put down by Senator Seán Barrett at Committee Stage were designed to make legal academics eligible for appointment as judges of all courts on the same bases as practising barristers and solicitors (full disclosure, I drafted the text of the amendments for him). In reply, Minister of State at the Department of Justice and Equality, Aodhán Ó Ríordáin TD said:

The Government is conducting a wide-ranging review of all matters concerned with judicial appointments that will allow the necessary full assessment of all aspects of the issue. It is committed to bringing forward legislative reforms in this area and a judicial appointments Bill which is being prepared is the subject of a commitment in the agreed programme for Government. The subject of the amendments, that is, the eligibility of legal academics for judicial appointment, is one of a wide range of matters included within the scope of the review I have mentioned.