Jeremy Bentham (1748-1832) (left) was a utilitarian philosopher, whose radical ideas on education inspired those who founded University College London. Nowadays, the Bentham Association (formerly the Bentham Club) is the Alumni Association for UCL’s lawyers, and it annually hosts a Presidential Address from an invited senior lawyer. This year’s address was given by Lord Pannick QC on the topic:

“Better that a horse should have a voice in that House [of Lords], than that a judge should” (Jeremy Bentham).

Replacing the Law Lords by a Supreme Court

It broadly concerned the implications of the removal of the final court of appeal from parliament, and can be heard online here. It covers a wide range of very interesting material, and is very well worth listening to. There’s no text yet online, but one aspect of it appears in Pannick’s column in today’s Times, taking the field on an issue I’ve looked at already on this blog (here and here); some extracts:

Seventy is far too early for a supreme court judge to retire . . .

… The argument for a retirement age of 75 for all supreme court justices is very simple. Those appointed are the cream of the judiciary.

Ravel‘s orchestration of Mussorgksy‘s Pictures at an Exhibition, performed by the Philharmonia Orchestra conducted by Esa-Pekka Salonen at the BBC Proms in August 2006

This post is an addendum to Cowengate and Freedom of Expression (above). In the original version of that post, I had a paragraph of links to other coverage. Like Topsy, that paragraph growed and growed, so I’ve taken the list of links out of that post and put them here.… The case, C-388/07 R (on the application of The Incorporated Trustees of the National Council on Ageing (Age Concern England)) v Secretary of State for Business, Enterprise and Regulatory Reform, was a reference from the High Court (Queen’s Bench Division, Administrative Court), for a preliminary ruling concerning the interpretation of Council Directive 2000/78/EC (pdf) of 27 November 2000 establishing a general framework for equal treatment in employment and occupation (OJ 2000 L 303, p16), which had been transposed in the UK by the Employment Equality (Age) Regulations 2006 (SI No 1031 of 2006). The Directive and the Regulations provided for a general principle of non-discrimination on the grounds of age. However, they allowed for exceptions that are objectively and reasonably justified by a legitimate aim, provided that the means of achieving that aim are appropriate and necessary (see, eg, Article 6(1) of the Directive).…

The issue of compulsory retirement is not an uncommon one, but it arises today in an uncommon context. From today’s Times Online,

Judges take on Ministry of Justice over age discrimination

Two judges this week have launched a discrimination claim against the Ministry of Justice over being forced to retire at 70. … The claim is only the latest of several challenges by judges or lawyers over compulsory retirement. …

An earlier Times Online article reported that senior UK judges are pressing for a change in the law to allow the most senior members of their profession to remain in their posts beyond the age of 70.

My Lords, since the populist image of the geriatric judge, out of touch with the real world, is now reflected in the statutory presumption of judicial incompetence at the age of 75, this is the last time I shall speak judicially in your Lordships’ House. I am happy that the occasion is one when I can agree with your Lordships still in the prime of judicial life who demonstrate so convincingly that common sense and the common law here go hand in hand.

Louis D Brandeis (left), as lawyer, and as judge of the US Supreme Court, championed such unpopular causes as freedom of speech, privacy and worker protection. Arising from his belief that law is a device to shape social, economic, and political affairs, one of his enduring legacies is what has become known as the Brandeis Brief: a legal argument which relies not only on legal argument but also on analysis of empirical data. It was first deployed by Brandeis in Muller v Oregon 208 US 412 (1908), where he marshalled statistics from medical and sociological journals which demonstrated overwork was inimical to the workers’ health to support his argument that legislation limiting hours for female laundry workers was constitutional. The Law School of the University of Louisville is named for Brandeis, and I learn from Dan Ernst on Legal History Blog that Louisville have now made the original Brandeis Brief available online.… 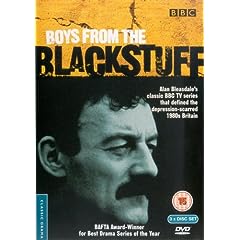 A sign of the times, from the front page of today’s Irish Times:

THE LAW Society is seeking a “career development adviser” to help solicitors and trainee solicitors find careers outside law.

In an advertisement published in The Irish Times today, the society says this person will be a “key resource for solicitors who are facing unemployment, changed working arrangements or transition to another jurisdiction or career choice”. …

The full advertisement is here, from the Law Society website.

As Law firms’ profits contract, there are increasingly frequent stories of big US and UK law firms cutting partners and associates; and in Canada, the times, they are ‘a changing in the same way. From Slaw:

Lawyers that have been laid off or are facing a potential layoff some time this year need to plan for a new future. If you or someone you know is facing a job search, Resolve to Manage Your Job Search by Kathleen Brady is a great article that contains a step by step guide to seeking new employment.

Inspired by the posts below, my game about law – for lawyers and non-lawyers alike – is the following question: can the readers of this blog provide non-US examples of misunderstood legal statements?

To begin, I offer the common misunderstanding about the basic words “legal” or “lawful” and “illegal” or “unlawful”. Lawyers know that there are many ways something can be “illegal” or “unlawful”, from constituting a tort to being liable to be quashed in judicial review proceedings to contravening the criminal law. On the other hand, it is common for lay people to go assume that if something is unlawful it must necessarily be contrary to the criminal law.

Here are the inspirations:

OK, Dear Readers: Let’s play a law-geek game: Give and discuss examples of famous legal and law-related quotations or statements that are frequently thrown around (by lawyers and non-lawyers alike) in a way that completely and utterly misses the point of the original quotation or statement. …

Picked up on Volokh: Famous Misunderstood Legal Quotations and Statements

So, any other examples?…

The Oxford Standard for Citation Of Legal Authorities (OSCOLA) is fast establishing itself as the UK’s standard system of legal citation. It is at present undergoing revision, and the Editors welcome comments and suggestions by email before the end of the month.

It is important to disclose sources (not least to avoid charges of plagiarism), in as complete a fashion as will allow a reader to find the source easily. Systematic citation methods allow for accurate, comprehensive and consistent citation of references such as cases, statutes, books, articles, and so on; and, in the legal context, they will also provide valuable information about a case, such as when it was decided, the level of decision, and so on. There are many possible citation systems, of which Harvard maintains a very useful list of paper-based resources.

However, one citation system stands out, and this is one situation where you really can judge a book by its cover: the Standard System of American Legal Citation is universally called The Bluebook, because of the colour (or, I suppose, the color) of its cover (pictured right; see its wikipedia page). It was first published in 1926 (pdf); it is now in its eighteenth edition; and Peter Martin’s online Introduction to Basic Legal Citation (Cornell Legal Information Institute) is based on it.…