I wrote a little while ago about a conference on Restitution of Overpaid Tax, which will be held in Merton College Oxford on the weekend of Friday 9 and Saturday 10 July 2010. Advance copies of the papers for the conference are being published on the new papers page as they become available. The page is password-protected; and delegates who have registered for the conference will be supplied with a password.

Registration for the conference will close on Thursday 24 June 2010 at 5:00pm. If you are interested in attending, please register before then.…

Much of the modern law of restitution has been constructed upon the foundations which he laid down:

If the defendant be under an obligation, from the ties of natural justice; to refund; the law implies a debt, and gives this action, founded in the equity of the plaintiff’s case, as it were upon a contract (“quasi ex contractu,” as the Roman law expresses it).

This kind of equitable action, to recover back money, which ought not in justice to be kept, is very beneficial, and therefore much encouraged. It lies only for money which, ex aequo et bono, the defendant ought to refund: it does not lie for money paid by the plaintiff, which is claimed of him as payable in point of honor and honesty, although it could not have been recovered from him by any course of law; as in payment of a debt barred by the Statute of Limitations, or contracted during his infancy, or to the extent of principal and legal interest upon an usurious contract, or, for money fairly lost at play; because in all these cases, the defendant may retain it with a safe conscience, though by positive law be was barred from recovering. 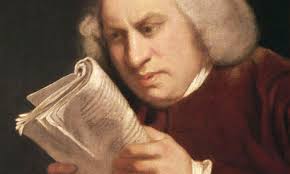 This post is republished from the updates feed of the website for the conference on Restitution of Overpaid Tax (Merton College Oxford, 9 and 10 July 2010).…

The Journal of European Tort Law (also here and here) is officially launched today at the 9th Annual Conference on European Tort Law. A joint-venture between the European Centre of Tort and Insurance Law (ECTIL) and the Institute for European Tort Law (ETL) of the Austrian Academy of Sciences, it is the first law review to be dedicated to the analysis and development of tort law in Europe. The General Editor is Professor Ken Oliphant, and it is published by de Gruyter, Berlin. The editors welcome all queries and submissions. The table of contents of the first volume:

The School of Law, Trinity College Dublin, Pump Court Tax Chambers and One Essex Court are delighted to announce a conference on

which will take place in Merton College Oxford on the weekend of Friday 9 and Saturday 10 July 2010.

In Woolwich Equitable Building Society v Inland Revenue Commissioners [1993] AC 70 (HL), the House of Lords held that taxes unlawfully exacted by the Revenue are recoverable by the taxpayer as of right. The recent decisions of the Court of Appeal in Test Claimants In the Franked Investment Group Litigation v Commissioners of the Inland Revenue [2010] EWCA Civ 103 (23 February 2010) and FJ Chalke Ltd v Revenue & Customs [2010] EWCA Civ 313 (25 March 2010) demonstrate that many fundamental elements of the Woolwich principle still remain to be resolved. Eminent contributors will explore the general issue of restitution of overpaid taxes from various perspectives – for example, the tax background, various private law claims, alternative public law approaches, defences, and remedies – and in various jurisdictions (such as Australia, Canada, the EU, Germany, Ireland, and New Zealand, as well as the UK).

Spies Like Us? Frank Snepp and George Blake: Freedom of Speech and Restitutionary Remedies

the paper is now available here, via Scrib’d. It’s a good remedy for insomnia. All comments gratefully received.…

Over sixty years ago, the Faculty of Laws at University College London established the Current Legal Problems lecture series and accompanying annual volume as a major reference point for a broad range of legal scholarship opinion, theory, methodology, and subject matter, with an emphasis upon contemporary developments of law. The lectures are held at the Faculty of Law, Bentham House, Endsleigh Gardens, London WC1 from 6-7pm; they are open to the public and free of charge. This week‘s current legal issue is:

Spies Like Us? Frank Snepp and George Blake: Freedom of Speech and Restitutionary Remedies

“Espionage is a serious business” sang a moderately famous Irish pop singer of the 1980s. And so it is. It can be even more of a business when former spies seek to publish their memoirs, and things can get very serious indeed if they fail to seek the clearance of their former spymasters in advance. The decisions of the Supreme Court of the United States in Snepp v US 444 US 507 (1980) and of the House of Lords in AG v Blake [2001] 1 AC 268; [2000] UKHL 45 (27 July 2000) make a fascinating pair of cases in which former spies (unsuccessfully) argued that a restitutionary remedy against uncleared publication of their memoirs infringed their speech rights.…

Cases dealing with the consequences of the European Court of Justice, striking down national tax provisions as inconsistent with EU law, just seem to keep on coming. In C-196/04 Cadbury Schweppes v Commissioners of Inland Revenue [2006] ECR I-7995 [2006] EUECJ C-196/04 (12 September 2006) the ECJ called the Controlled Foreign Companies taxation provisions of the Income and Corporation Taxes Act 1988 into question, having regard to EU law. Important restitution questions would then have arisen. However, in Vodafone 2 v HM Revenue & Customs [2009] EWCA Civ 446 (22 May 2009) the Court of Appeal (reversing the High Court [2008] EWHC 1569 (Ch) (04 July 2008)) nevertheless concluded that the provisions were susceptible to an interpretation conforming with EU law. The question now to be decided by the Tax Tribunal is therefore whether the vodafone arrangment is within that interpretation on the facts. But this appears to be the end of the line so far as the law is concerned. Just before Christmas, the UKSC blog reported that the UK Supreme Court declined to give Vodafone a Christmas present of leave to appeal against the Court of Appeal’s decision:

It was widely expected that this case would be heard by the Supreme Court.