Reading about this anniversary this week brought to mind the case of Snepp v US 444 US 507 (1980). Frank Snepp was a member of the CIA in Saigon during the Vietnam War, and was one of the last Americans to leave the city as it fell to the North Vietnamese in 1975.… 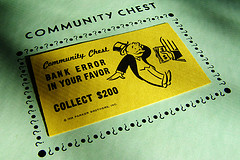 That last warning was in the context of “some technical issues” being experienced by Ulster Bank in June 2012, by which some “account balances … [were] not up to date” at ATMs. I specifically commented that any excess withdrawals in such circumstances would have to be repaid. And I warned that such withdrawals often amount to theft. It is not a surprise, then, to read today’s stories of a woman who stole more than €57,000 from various ATMs across Dublin on 22 June 2012 and today pleaded guilty pleaded guilty at Dublin Circuit Criminal Court to ten counts of theft from Ulster Bank.… The terms and conditions of the contracts between banks customers usually allow banks to reverse such erroneous transfers. Even if the contract doesn’t apply, or if the transfer cannot be electronically reversed, there are likely to be non-contractual claims to restitution on the grounds that the customers were unjustly enriched by the mistaken payments. Worse, if the recipients decide that the money would be much better off resting in their other accounts, this would constitute theft. There is no electronic philosopher’s stone that can transmute €62.40 into €222,222,222.22 and leave the recipient secure in receiving the latter amount – unfortunately.…

Hawley Harvey Crippen (pictured far left) was the first criminal to be captured in Britain with the aid of wireless communication. He was an American homeopath who fetched up in London at the turn of the 20th century with his wife, Cora, a former music-hall singer. After she disappeared in 1910, Hawley and his lover, Ethel le Neve (pictured left, with Hawley), were questioned by Chief Inspector Walter Dew of Scotland Yard, and they fled in panic, first to Brussels, and then via the steamship Montrose to Canada. Meanwhile, during a search of Hawley’s house, the police found human remains buried in the basement. On the Montrose, he and Ethel (who had tried to disguise herself as a boy) aroused the suspicion of the captain; and, since the ship was one of the few fitted with the new Marconi wireless, he was able to radio the authorities. Dew boarded the Laurentic, a faster ship which arrived in Canada ahead of the Montrose; and, with the help of the Canadian police, he apprehended Hawley and Ethel. They were returned to London (the picture, left, was taken at their arraignment). Hawley was convicted of murder, and his appeal was dismissed (R v Crippen [1911] 1 KB 149).… 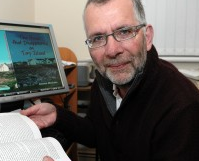 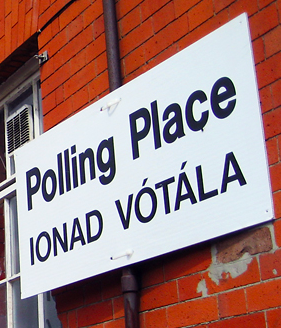 THE EUROPEAN Commission has published a “reasoned decision” including an order for Ireland to take steps to recover exchequer funds obtained unlawfully by Aer Lingus, Aer Arann and Ryanair. It found the Irish air carriers had received an unlawful selective benefit by virtue of the two-tier structure of the Government’s “air travel tax” from March 2009 to March 2011.

A €10 levy applied to all passenger flights save for those to destinations less than 300km from Dublin Airport, which incurred a €2 levy. The lower tax was found to be an unlawful waiver of tax revenue for domestic airlines, so the exchequer must now recover the €8 difference for each flight.

The Commission decision will be here; meantime, the press release is here.

Where a defendant has made a profit from a civil wrong such as a breach of contract or a tort, damages can be directed to stripping the profit from the defendant. For example, in Hickey v Roches Stores (High Court, unreported, 14 July 1976) (pdf) Finlay P held

Where a wrongdoer has calculated and intended by his wrongdoing to achieve a gain or profit which he could not otherwise achieve and has in that way acted mala fide then irrespective of whether the form of his wrongdoing constitutes a tort or a breach of contract the Court should in assessing damages look not only to the loss suffered by the injured party but also to the profit or gain unjustly or wrongly obtained by the wrongdoer.