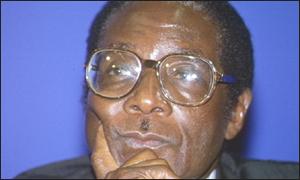 Edinburgh University will tomorrow revoke an honorary degree awarded to Zimbabwean President Robert Mugabe. The degree was awarded in 1984 for Mugabe’s services to education in Africa. He has since been blamed for Zimbabwe’s failing economy and accused of running an oppressive regime.

The decision to revoke the degree is the first in the history of the academic institution and follows years of campaigning by politicians and students, concerned about Mugabe’s human rights record.

Although Mugabe never replied, the government of Zimbabwe said the decision to revoke the honorary degree was a ‘humiliation’ for Edinburgh University and branded the institution ‘a disgrace’ and its students ‘uninformed’.

Students have replied to the accusations insisting they are proud of their institution’s landmark decision.

Honorary Degree to be Withdrawn

The University of Edinburgh has begun a formal process to withdraw the honorary degree awared to Robert Mugabe.

At a meeting on Wednesday 6 June, the University of Edinburgh Senate was informed of the conclusions reached by a group of three senior professors established to consider the circumstances relating to the award of an honorary degree to Mr Mugabe in 1984.

After examining evidence relating to the situation in Zimbabwe in the early 1980s – evidence which was not available to the University at the time the degree was conferred – the group recommended that the degree should be withdrawn.

Having considered the recommendations, the Senate unanimously agreed to accept them.

The University had been acutely aware of ongoing developments in Zimbabwe and of recent representations made by the Edinburgh University Students’ Association (EUSA) with regard to Robert Mugabe’s honorary degree.

It has responded to those representations by taking the unprecedented decision to revoke the degree.

The formal process to withdraw the degree will now begin. Mr Mugabe will be contacted in writing and given the opportunity to respond before any further steps are taken.

Well done, the University of Edinburgh.