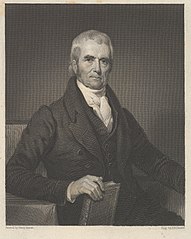 The trope that a constitution is not to be interpreted as a revenue statute is a common one. For example, in National Union of Railywaymen v Sullivan [1947] IR 77 (HC) 88 Gavan Duffy J held that a Constitution is “emphatically not to be parsed as if it were an Income Tax Act”; whilst in AG v Paperlink [1984] ILRM 373, 385; [1983] IEHC 1 [45] Costello J said that the Constitution is “a political instrument as well as a legal document and in its interpretation the courts should not place the same significance on differences of language used in two succeeding sub-paragraphs as would, for example be placed on differently drafted sub-sections of a Finance Act” (see also Murray v Ireland [1985] IR 532 (SC) 539 (Costello J)).

But quotes such as those from Marshall CJ and Barrington J have divided subsequent generations. Frankfurter J (writing extra-judicially) described the Marshall quote as “the single most important utterance in the literature of constitutional law … most important because most comprehensive and most comprehending” (F Frankfurter “John Marshall and the Judicial Function” 69 Harv L Rev 217, 219 (1955)), but Scalia J (also writing-extrajudicially) more recently described as an often misused old chestnut (A Scalia “Assorted Canards of Contemporary Legal Analysis” 40 Case Western Reserve Law Review 581, 594-596 (1990)). Either way, the status of McCulloch v Maryland as a (perhaps the) leading case on constitutional law is secure.

(Thanks to Daithí­, offblog, for discussing these issues and quotes with me!)