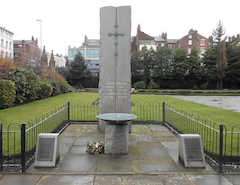 … the issue is whether he went beyond his proper authority.