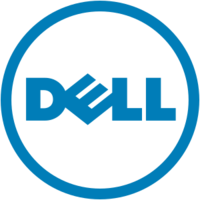 It is the error everyone online dreams about – a full-price item for practically nothing; and it happened, in Chile. For those who remember the case of the mistaken flights last April, Andres Guadamuz tells us about a massive pricing error made by Dell on its Latin American website last June:

… One of Dell’s main features is the possibility of configuring computers by adding, removing or upgrading components. On 27 June 2008, this feature went wrong, and started subtracting money for an upgrade instead of adding it. … Apparently, some people in Chile found the mistake, and this being the Web 2.0 universe, left messages in Facebook and blogs advertising the gaffe, .. This resulted in an astounding 66 … times increase in sales in that day for Chile, and apparently thousands attempted to get the exploit (unofficially, 15 thousand laptops!). Needless to say, Dell did not fulfil the orders, and offered the affected customers a 15% discount in future sells. …

Andres has an interesting legal analysis of error or mistake both at civil law (Chile is a Civil Law country) and at common law, before concluding:

Regardless of the legal issues, one has to look at the morality of the transactions. … Consumer protection laws exist to protect consumers from legitimate abuses, not to protect obviously fraudulent exploitation of an honest mistake.

We will see how this one develops, but I hope Dell wins.

This is not the only time that Dell has made such mistakes online. In the Chilean case, matters have moved on. A few days ago, Andres reported that

… 40 consumers “affected” by the error have sued Dell for infringing Chile’s Consumer Protection Law by “deceitful error inducing mistake in the price”.

If this were litigated in Ireland (or in most other common law countries for that matter), I would not be sanguine about the customers’ chances on general principles of Contract Law. Even if there are contracts between Dell and the customers, they might be vitiated by Dell’s mistake (especially if the customers had notice of the mistake); and even if the mistake is inoperative and (some at least of) the contracts are valid, the terms and conditions of sale which were clicked through and thus agreed to may very well contain clauses to protect Dell’s position. We shall have to wait and see whether things will turn out differently in Chile.

PS I should say that, despite the similarity between my surname and the name of the computer company, there is absolutely no family connection whatsoever between my family and that of Michael Dell (at least none that I have been able to find, unfortunately, grumble grumble …).