In yesterday’s Irish Times, I noticed the following story:

The ESB says the payment of rebates to about 100,000 of its customers who were overcharged on estimated bills will be completed by the end of next month.

The utility is repaying a total of €3.5 million to customers after carrying out a review of its billing practices ordered by the Commission for Energy Regulation (CER) …

This is as it should be. Even if there were no contractual obligation on the ESB to regularise the position regarding estimated bills, there would be plainly be a restitutionary one. This reminded me of a story from a recent Financial Times, about pension overpayments on a large scale, which also makes for very interesting reading:

Darling to write of £100m in pension blunder

Alistair Darling said he would write off decades of pension overpayments to thousands of retired nurses, servicemen, and civil servants as details emerged of an administrative blunder worth about £100m.

The chancellor said on Monday night he had no intention of “clawing back” the money from the public sector workers who have been paid too much by Xafinity Paymaster, a privatised pensions administrator.

But while no effort will be made to recoup the overpayments, pensions to the thousands of public sector workers will be reduced to their correct levels next year. The losses will be paid out of departmental budgets, with the department of health carrying the biggest burden. …

This, too, is as it should be. Whilst there may be claims against the retired nurses, servicemen, and civil servants to recover the overpayments, those claims which are not out of time would almost certainly be successfully met by the defence of change of position.

Finally, McGarr Solicitors point out that the unfolding Madoff scandal has restitutionary implications: 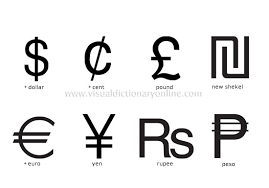 What Bernie Madoff did has relevance to Ireland. Ireland is part of the globalised financial services industry through the Irish Financial Services Centre. Some of the entities operating there have lost money by Bernie’s activities. … Assuming Bernie’s guilt; (he has, allegedly, confessed to running a pyramid, or “Ponzi” scheme), liability for these losses may fall not only on Bernie and/or his corporate creatures but on others also, under the following heads of claim; …

A claim of restitution arises where, inter alia, a claim for money had and received can be made. Such a claim would lie against Bernie. The remedy for a claim of money had and received is the return of the property, or, in default, damages. Such a claim would also lie against an agent who believed that Bernie’s formula for generating his “returns” was, although effective, illegal. That they believed he was making the “returns” by trading on insider information, if true, is evidence of knowing receipt …

This has turned out to be an accurate prediction, as restitution for unjust enrichment has begun to feature quite prominently in some of the law suits arising out of the Madoff mess (including a very interesting case by NYU); in particular, those who actually made money in the Madoff pyramid are worried that they may have to return it! There’s a long way to go before these civil cases see the inside of a courtroom (if they ever do – they may very well be settled after the criminal proceedings), but if they do, the practical application of the principles of restitution for unjust enrichment will be fascinating.

Similar principles will apply in the litigation surrounding an Irish investment scheme which turned out to be another pyramid scheme and which collapsed around the same time as Madoff’s, though of course it operated on a much smaller scale: losses are estimated in the millions rather than in the billions. The legal principles by which such money can be traced and recovered are well settled (Shanahans Stamp Auctions Limited Farrelly [1962] IR 386, In re Money Markets International Stockbrokers Ltd [1999] 4 IR 267, [1999] IEHC 187 (20 July 1999), and In re W & R Murrogh [2003] IEHC 95 (6 May 2003)) though of course the facts of such cases tend to be very complicated. This will be particularly true of the Madoff cases. If they do reach court, and then if they are appealed – and the amounts of money here are sufficiently large to make litigation and appeals worthwhile – they may even come to constitute the US equivalent of the UK’s failed swaps litigation, which established many of the modern leading principles of the law of restitution for unjust enrichment.

4 Reply to “ESB, Xafinity, Madoff: Restitution in the news!”