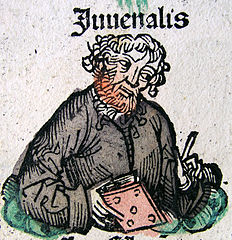 It never rains but it pours. Having recently blogged about about Emily Laidlaw’s article on search engine accountability, I’ve just come across the similarly important article by Oren Bracha and Frank Pasquale on Federal Search Commission? Access, Fairness, and Accountability in the Law of Search 93 Cornell Law Review 1149 (2008) (pdf). They robustly argue that general-purpose search engines are better characterized not as media outlets (contrast Finklestein) but as common carriers (quite a common argument in the online context), that they should therefore come under common law duties that govern public utilities (appropriately adapted), and that – by analogy with the Federal Communications Commission (FCC) – a new regulatory framework (the Federal Search Commission (FSC) of the title) should be established. They conclude:

Search engines, in whatever form they might assume, will continue to be a major part of our informational environment in the foreseeable future. The normative concerns associated with their unique position of power are here to stay. A properly designed regulatory approach may do much to ameliorate these concerns. Courts should not end the debate over the contours of such an approach before it begins.

Hear, hear! However, if online search requires an FSC in the US, then it will require equivalents in other jurisdictions as well. Moreover, given the global reach of the internet, there may be need for some kind of international congruence of such regulation to make it workable. In this respect, the better analogy may not be with the FCC, but – as Daithí is always eager to point out – with two earlier international organisations, the International Telecommunications Union (ITU) established in 1865 and the Universal Postal Union (UPU) established in 1874, both of which are now specialised agencies of the United Nations (UN). The ITU is the global focal point for governments and the private sector in developing networks and services; it has coordinated the shared global use of the radio spectrum, and has established the worldwide standards that foster seamless interconnection of a vast range of communications systems. Likewise, the UPU is a forum for cooperation between postal-sector players; it has set the rules for international mail exchanges; and it makes recommendations to improve the quality of service for customers. And both organisations are careful to ensure that they do not interfere with the domestic remit of postal or telecommunications services.

If internet search is just as important as the mail, the radio spectrum and telecommunications standards, then the analogy with the UPU and the ITU is a strong one. It would be stretching things to say that internet search is already within the remit of the ITU, and if it does not acquire this competence, then the involvement of the UN Educational Social and Cultural Organisation (UNESCO) in matters relating to communication and information means that UNESCO has the potential to play this role. However, rather than a top-down approach, a strategy more likely to be successful is a bottom-up approach where an organisation evolves organically to meet real international structural needs, much as the ITU and the UPU did. Of course, the ITU and/or UNESCO might very well foster such a development, perhaps via the establishment of local regulators such as the proposed FSC, and then via regional agreements under the auspices of organisations such as the European Union (EU, for various reasons). Either way, there are deep issues of global governance here, and I wouldn’t bet on 200 odd countries and the multiplicity of overlapping regional organisations coming to this kind of agreement any time soon. Admittedly, therefore, the analogy with the ITU and the UPU is a utopian one; but that should not preclude it from being considered, to say nothing of its being an ultimate goal towards which policy-makers might be directed.

5 Reply to “Who will keep the keepers? II”