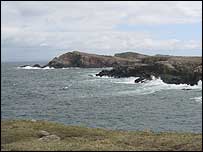 I wrote in April about the case brought by film-maker Neville Presho, whose holiday home on Tory Island had disappeared in his absence, replaced by a car park for an adjacent hotel. At that stage, Mr Justice Murphy suggested that there may be a restitution claim for the hotel’s use of the site as a car park, and adjourned the case to receive submissions as to remedy. He gave judgment yesterday (Belfast Telegraph | Irish Independent here and here | Irish Times | RTÉ news). Murphy J held that an equitable remedy lay not in the re-instatement of the original property but in the provision of a comparable dwelling on this island or its market value, and he adjourned to October the issue of which of those options should be chosen. And so we must wait some more to learn whether the remedy really is restitutionary or whether it is founded upon more general considerations.