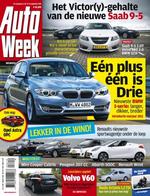 The case concerned illegal car races being investigated by the Dutch magazine Autoweek, published by Sanoma Uitgevers BV. The journalists took photographs and made notes, but edited the published photographs to guarantee the anonymity of the participants in the race. The participants in the illegal race were suspects in other serious crimes, and the public prosecutor took the view that the need to identify them justified a summons ordering the production of the CD-ROM on which the original photographs were stored. The Third Section of the ECHR held that this did not infringe Art 10 (a decision which I criticised at the time). On appeal, the Grand Chamber has now made amende honorable.

Article 10 of the Convention provides:

1. Everyone has the right to freedom of expression. This right shall include freedom to hold opinions and to receive and impart information and ideas without interference by public authority and regardless of frontiers. This article shall not prevent States from requiring the licensing of broadcasting, television or cinema enterprises.

This article embodies a four-part analytical structure: if there is a restriction upon the right to freedom of expression, the State must have a good reason to justify the restriction which can withstand scrutiny or review. In the language of the Article, the restriction must be “prescribed by law“; and the jurisprudence of the Court establishes the standard of scrutiny or review is that the restriction must be proportionate to the relevant reason provided for in the second paragraph. The Third Section held that the public prosecutor’s order constituted a restriction prescribed by law, and that the order was proportionate to the “prevention of disorder or crime”. The Grand Chamber held that, in the absence of sufficient safeguards, the public prosecutor’s order was not prescribed by law; and it did not therefore ned to reach the question of whether it was proportionate. For all that the decision establishes very important safeguards for the protection of journalists’ sources, I am nevertheless disappointed that the Grand Chamber did not consider whether the restriction would have been proportionate. In my view, the Third Section entirely misapplied the principle of proportionality; and the Grand Chamber should have taken the opportunity to deprecate the Section’s reasoning. But this is to nitpick.

For now, the important thing is that the decision of the Grand Chamber establishes a significant standard for the protection journalists’ sources. Unfortunately, it might mean that Top Gear will have to be considered journalism!