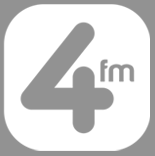 Suing Smyth but not TV3 or the Irish Independent does not seem quite so extraordinary in this case, since Lowry does not want damages, but only a declaratory order pursuant to section 28(1) of the Defamation Act, 2009 (also here) that the comments are false and defamatory. The court can make the order if the comments are defamatory and the respondent has no defence, provided that the applicant requested an apology and the respondent failed or refused to accede to that request. Here, Lowry said he took the case after Smyth had failed to publish a correction and an apology for “highly offensive and defamatory statements”.

In this week’s proceedings, Lowry has sought summary judgment for that declaratory order pursuant to section 34(1), which the court can grant if it finds that the comments were indeed defamatory and that the defendant has no defence that is reasonably likely to succeed. Counsel for for Smyth said the application was unwarranted, that Smyth wanted to meet the application head on and wanted to file a detailed affidavit.

Presumably, therefore, Smyth intends to plead either the defence of fair and reasonable publication (pursuant to section 26) or possibly the defence of honest opinion (what used to be called fair comment) (pursuant to section 20). The defence of fair and reasonable publication is the Irish statutory equivalent of a defence developed by the courts in other jurisdictions to increase the ambit of permissible criticism about politicians and political matters; and there has also been a trend to apply the defence of honest opinion quite generously. Yesterday’s application was adjourned by consent until November 22, but these defences are sufficiently credible in my view that when the matter returns to court, Deery P is very likely to strike out Lowry’s application for summary judgment.

This is very interesting, as it seems to be the second concerning the operation of the Defamation Act (the first was heard before Judge Matthews earlier this week) and it raises some of the very important reforms implemented by the Act (the summary procedure; the declaratory order; the defence of fair and reasonable publication). It therefore bears close watching as it develops. But it does raise the question why Lowry didn’t bring his complaint to the Press Council. The late Tony Gregory seems to be the only politician who has availed of this avenue of redress (Press Council Annual Report 2008 (pdf) p25), and it would have afforded Lowry the same damages-free vindication of his reputation, and it wouldn’t have raised the same concerns about suing Smyth but not the tv station or newspapers involved.