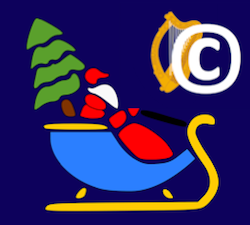 In August, the Minister for Jobs, Enterprise and Innovation announced that the Government had approved the drafting of a Copyright and Related Rights (Miscellaneous Provisions) Bill 2016. No timetable was provided at that stage. Nor was one provided in the Government’s Autumn Legislative Programme which was published in September. That Programme simply said that the Bill had been referred to the Joint Committee on Jobs, Enterprise and Innovation, but the Bill was not listed for pre-legislative scrutiny by the Committee. Now comes news that, following a briefing by officials of the Department of Jobs, Enterprise and Innovation, the Committee decided that it would not undertake pre-legislative scrutiny of the Copyright Bill (see the Committee’s Work Programme (pdf) s3(c), p5; h/t @johnjcarroll). Whilst it is a pity that the Committee will not afford a first opportunity to point out some concerns with the Minister’s current approach, this does have the advantage of bringing the publication of the Bill itself a few steps closer. Perhaps it might not be too much to hope that copyright reform in Ireland might get a Christmas present this year?