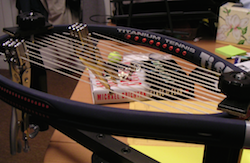 If you’re a researcher in any academic discipline, your reputation and career prospects are largely determined by your publications in journals of mind-bending specialisation … Everything that appears in such journals is peer-reviewed – that is to say, vetted by at least two experts in the field. … In any major scientific field, success depends on getting your articles published in such high-impact journals.

And not just personal success, either: under the research funding arrangements now in place in the UK and elsewhere, the survival of entire university departments depends on the publication records of their leading academics. So academia has become a publish-or-perish world.

This gives enormous power to outfits like Elsevier that publish key journals. And guess what? They wield that power [with high annual subscriptions] … The result is that unconscionable amounts of public money are extracted from our hapless universities in the form of what are, effectively, monopoly rents for a few publishers. …

But it’s not just the exorbitant subscriptions that stink; it’s the intrinsic absurdity of what’s involved in the academic publishing racket. Most publishers, after all, have at least to pay for the content they publish. But not Elsevier, Springer et al. Their content is provided free by researchers, most of whose salaries are paid by you and me.

The peer reviewing that ensures quality in these publications is likewise provided gratis by you and me, because the researchers who do it are paid from public money. … And then the publishers not only assert copyright claims on the content they have acquired for nothing, but charge publicly funded universities monopoly prices to get access to it. …

This is from 2012. If anything, the situation is worse now. And the pushback which was the focus of his column has garnered significant support. Nevertheless, individual academics still transfer their copyright to large publishers, who publish the leading journals that are key to academic endeavour. Academic success – at both an individual level (in terms of citation and impact of work, or promotion) and an institutional level (especially in terms of international rankings) – depends on getting articles published in high-impact high-prestige journals. And academic research depends on access to these journals. This gives immense power to the large publishers which publish these journals. In particular, it allows publishers to charge exorbitant prices for access to these articles and journals via their databases. And when publishers bundle journals together, they often include many journals that subscribers and libraries do not want – and they distribute leading journals among many bundles, amplifying the problem of forced subscriptions to unwanted journals. In this way, publishers increase their already excessive profits by exploiting the fact that some of their journals are essential.

Individual academics can do little about this, and must hand over their copyright to get their articles published in journals. And individual institutions can do little about this, and must simply pay the subscriptions demanded by the publishers. The content, peer-review, and academic editing, are all provided by academics, which is effectively free to the publishers. They do provide some additional value, in marking up and typesetting the text, publishing and advertising the journals, and so on. But the charges they can extract from subscriptions (and bundling) are out of all proportion to the work they do and the value they provide.

The unfair terms and conditions being imposed by large academic publishers, both on academics submitting research, and on institutions subscribing to journals, are a product of the inequality of bargaining power between the individual academics and institutions, on the one hand, and large international publishers on the other. And the consequence is increased costs to the university sector. Indeed, higher education institution are effectively paying twice, first for the research being submitted and the work being done by academic editors, peer reviewers, and so on, and second for access to that fruits of the research and editing once it is published.

On the other hand, making research results more widely accessible contributes to better research, to innovation, and to growth in the knowledge-based economy. For example, in 2012, the EU Commission encouraged Member States to make the results of publicly-funded research freely-available in the public sphere (pdf) and encouraging such open access is now a core strategy of the EU, especially for the positive impact it could have on the digital single market. Thus, for example, the default position for research funded by the EU’s Horizon 2020 Research and Innovation programme is that it should be made available on open access. The basic principle here is that publicly-funded research should be publicly-available (and not hidden behind publishers’ pay-walls):

Open Science breaks down the barriers around universities and ensures that society benefits as much as possible from all scientific insights. In that way we maximize the input of researchers, universities and knowledge institutions.

The terms and conditions which publishers impose upon academics submitting research papers to the publishers’ journals, and upon the use of papers in their journals, runs counter to this policy of open access. In particular, publishers restrict how authors can make a publication available on an open access repository (such as PubMed Central, or arXiv, or SSRN [which Elsevier have recently – controversially – purchased]), and charge increasingly-controversial charges to authors to make the publication available on open access via each publisher’s website.

3. The Bill
The Competition (Amendment) Bill 2016 was introduced earlier this year as a Private Members Bill in the Seanad by (my TCD Law School colleague) Senator Ivana Bacik. Its aim is to permit freelance workers to bargain collectively without falling foul of the the Competition Acts 2002 to 2014. A version of the Bill received cross-party support in the Seanad yesterday. The Bill’s current co-sponsor, Senator Ged Nash, told the Irish Times that he expects Bill will be law next year.

In my view, the racket explained above by John Naughton is another example of structural or regulatory failure in the face of a similar inequality of bargaining power. Individual academics transfer their copyright to large publishers. The individual academics are small supply-side actors subject to large demand-side actors facing exactly the same structural or regulatory failure as those to whom the Competition (Amendment) Bill 2016 applies.

4. The solution
My solution to that racket is to allow the Higher Education Institutions (HEIs) which employ those academics to come together to negotiate with the large publishers. In particular, they should come together and negotiate the terms on which their employees will transfer copyright in their research and content to the publishers. This copyright is the resource which the publishers are exploiting. It is a valuable commodity and they are getting it for nothing. Co-ordination and collaboration by HEIs here could improve the terms offered by publishers both to individual academics when submitting their research for publication, and to institutions for subscriptions to research resources. There already is some co-operation among universities to negotiate subscriptions to online resources, but it is entirely on the publishers’ terms. However, if the HEIs were to come together to represent their interests and the interests of their employees as against the publishers, there could be competition law issues. And the simplest way to solve any such problems would be to amend the Competition Acts in much the same way as the Competition (Amendment) Bill 2016 suggest. Based on the language and strategies in that Bill as introduced, here’s a possible draft:

(1) This section applies to—

(b) an agreement (a “subscription agreement”) entered into between a group of two or more Institutions and any other party or parties, by which the group of Institutions concerned seeks to negotiate the terms and conditions under which they will subscribe to research resources (whether in print or electronically) offered by the other party or parties.

(a) the group of Institutions concerned is deemed not to be an association of undertakings for the purposes of section 4 of the Competition Act, 2002, and

(b) the said section 4 does not apply to the agreement.

(3) Nothing in subsection (2) prevents the application of section 4 to agreements, decisions or concerted practices affecting the terms or conditions of agreements concluded by groups of Higher Education Institutions otherwise than under and for the purposes of the copyright agreement concerned.

(4) A declaration made by the Government under subsection (2)—

(a) does not have effect until it is approved by resolutions passed by each House of the Oireachtas, and

(b) continues in effect until it is annulled by resolution passed by either House of the Oireachtas.

(a) “Minister” means the Minister for Education and Skills or the Minster for Jobs, Enterprise and Innovation, and

(i) a university to which the Universities Act, 1997 applies,

(iv) any other educational establishment which the Minister may, by order, prescribe.

Given that the Minister has narrowed the scope of the Competition (Amendment) Bill 2016, it is unlikely that an amendment to that Bill to include the draft section above would be adopted by the Government. However, a Copyright and Related Rights (Miscellaneous Provisions) Bill 2016 has recently been announced, and a Higher Education Reform Bill is part of the government’s current legislative programme. Either wold provide a perfectly appropriate home for the draft section proposed above. However, I do not believe that this is a panacea. But I do think that it has the potential to be a good start. The Irish HEI sector on its own may not be big enough to get huge concessions from big European publishers. However, if Ireland takes the lead, at the level both of legislation and of action by the HEI sector, then legislators and the HE sectors in other EU countries may soon follow, and the EU Commission might even take notice support it. [But I’m not going to hold my breath].