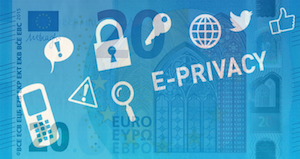 The Article 29 Working Party issued its Opinion 01/2017 (pdf) on the pePR on 4 April 2017. The European Data Protection Supervisor has commented three times: a Preliminary Opinion on the review of the ePrivacy Directive (2002/58/EC) (Opinion 5/2016 (pdf)) on 22 July 2016; an Opinion on the proposed ePrivacy Regulation (Opinion 06/2017 (pdf)) on 24 April 2017; and Recommendations on specific aspects of the proposed ePrivacy Regulation (pdf) on 5 October 2017 [the EDPS Recommendations]. Meanwhile, the Draft Opinion (pdf) by Rapporteur Kaja Kallas for the Parliament’s Committee on Industry, Research and Energy [ITRE], was published on 22 May 2017, and adopted on 2 October 2017, and the formal Opinion (pdf) was published on 4 October 2017. All of these documents are silent on the issue of compensation in Article 22, which did not come as a surprise to me, as I had thought that the provisions of Article 22 pePR were entirely uncontroversial.

Nevertheless, Article 22 pePR has been subject to many proposed amendments as the pePR has worked its way through the EU’s institutions. For example, Amendment 127 put forward by Marju Lauristin, Rapporteur for the Parliament’s Committee on Civil Liberties, Justice and Home Affairs [LIBE], in her Draft Report on the Proposal (pdf) on 9 June 2017 proposed to delete from Article 22 pePR the cross-reference to Article 82 GDPR (pp79-80, 85). This amendment makes little sense to me, given the integration between the pePR and the GDPR. On the other hand, Amendment 797 put forward to LIBE by MEPs Axel Voss, Heinz K Becker, and Elissavet Vozemberg-Vrionidi, on 14 July 2017, proposed (pdf) that Article 22 pePR should simply provide that “Article 82 of Regulation (EU) 2016/679 shall apply” (p47). This amendment makes sense to me, as it would simplify the integration between the pePR and the GDPR. LIBE was due to vote on these amendments at its meeting of 12 October 2017, but, as Jennifer Baker reported for IAPP, the LIBE vote was delayed because agreement among MEPs on the text was difficult to reach; and she predicted that, “while work continues apace, reaching a deal before the GDPR comes into force next May is still a tall order”.

Meanwhile, Amendment 509 put forward to Parliament’s Committee on the Internal Market and Consumer Protection [IMCO] by Sabine Verheyen MEP on 12 July 2017 proposed (pdf) the deletion of Article 22 in its entirety (p162). At its meeting on 28 September 2017, IMCO voted to adopt this amendment, and it appears as Amendment 65 in Eva Maydell’s Opinion (pdf) of 6 October 2017 for IMCO to LIBE. This makes no sense at all to me, as it would entirely rupture the integration between the pePR and the GDPR on this issue.

Any end-user of electronic communications services who has suffered material or non-material damage as a result of an infringement of this Regulation shall have the right to receive compensation from the infringer for the damage suffered in accordance with Article 82 of Regulation (EU) 2016/679.

Meanwhile, one of the key messages in the EDPS Recommendations (pdf) of 5 October 2017 is that the pePR should particularise and complement the GDPR; the former should not lower the level of protection provided in the GDPR, and indeed should provide a higher level of protection where possible. Moreover,

unnecessary repetitions of GDPR provisions should be avoided for the sake of clarity and legal certainty: selectively repeating some GDPR provisions risks failing to include important provisions.

I entirely agree with these sentiments; as an example of giving effect to them, a footnote this last sentence provides, in part,

… the remedies in Article 21 could merely refer to the respective articles of the GDPR and be complemented by the categories of persons entitled to remedies, such as end-users.

At its meeting on 19 October 2017, LIBE voted to adopt Lauristin’s draft report as amended; and this, in turn, was approved by the Parliament at its plenary session on 26 October 2017. This report seems (pdf) to contain no amendments to Article 22. The Transport and Telecommunications Council considered the pePR on 4 and 5 December 2017. The draft of the Regulation (pdf) proposed by the Estonian Presidency after that meeting contains the version of Article 22 which it had proposed on 8 September 2017, and which I think is the best version on offer.

It will be even more interesting to see what emerges from the subsequent trilogue meetings between representatives of the Parliament, the Council and the Commission (though they may not happen until the second half of 2018). For all its faults, when it comes to compensation, Article 82 GDPR is the only game in town; and the closer Article 22 pePR cleaves to it, the better. It looks as though Article 22 pePR might survive unamended; but, if it is to be amended, then I think that the Presidency’s suggestion is the best on offer, IMCO’s suggestion is the worst, and the Voss amendment is a good potential compromise.

Note: This post was constantly updated and rewritten as the proposed Regulation worked its way through the EU Parliament. But amendments are now closed (15 January 2018). Developments in trilogue will be dealt with in a new post or posts.