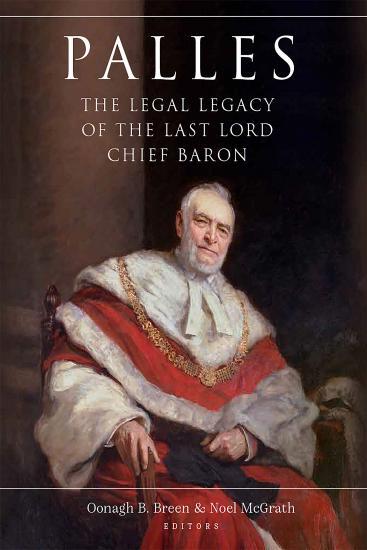 In the Aeolus episode, many of the novel’s characters discuss the issues of the day in the Journal’s offices. J.J. O’Molloy (a once-promising lawyer now fallen on hard times) interrupts Professor MacHugh’s discourse on the grandeur that was Rome, to ask ‘Do you know that story about chief baron Palles? … It was at the royal university dinner. Everything was going swimmingly …’. At this point, O’Molloy is interrupted in his turn, and we hear no more of the story of the Chief Baron at the university dinner. Palles was a member of the University Senate of the Royal University. He was a great supporter of education reform in general and of non-denominational university education in particular. He was principal draftsman of the Universities Act, 1908, which enabled the Royal University to be chartered as Joyce’s alma mater, University College Dublin, in 1909. And he chaired the Commission that made the first appointments to the new College, which now has the archive of his papers. So there are bound to be stories of Palles at university dinners, and it is a pity that O’Molloy was interrupted.

The Freeman’s Journal is central to the Aeolus episode, and it featured in many of the defamation cases decided by Palles. Indeed, it was held in sufficiently high regard that, when another paper was charged with contempt for publishing the proportion in which a jury had divided, it defended itself by saying that it was following the Journal’s lead. Palles CB was not persuaded:

We are here to declare and enforce the law, and we cannot allow the practice of any newspaper to influence us …*.

Palles CB’s judgments are astonishingly modern. It is not just that his judgments are often the first statement of a principle of the current law; it is more than that. At a time when legal procedures and writing styles were convoluted, Palles judged and wrote with meticulous precision and accessible clarity. His longevity on the Bench has bequeathed to us a rich legacy of caselaw, as important for its legal wisdom as it is notable for its crystalline prose. He was ‘the embodiment of the common law in Ireland in the nineteenth century’,^ and his ‘wisdom still reaches out across more than a century to us’.§ His defamation judgments are a worthy testament to a great judge. …

This will be be chapter 12 in Oonagh B Breen & Noel McGrath (eds) Palles. The Legal Legacy of the last Lord Chief Baron (Four Courts Press, 2022, forthcoming); this is the blurb on the publisher’s website:

Marking the 2020 centenary of his death, this book explores the judicial legacy of chief baron Christopher Palles, the last chief baron of the Court of Exchequer Ireland, in a judicial career spanning over 40 years from 1874 to 1916. It brings together legal scholars, legal historians and social historians to critically analyse the impact of a leading figure in the development of Irish law and society in the late nineteenth century across a range of fields including land law, tort law, administrative and company law, charity law, criminal and civil procedure. In the first scholarly assessment of its kind, this collection examines Palles’ contribution through his most enduring legacy – his written judgments – and tracks the global and lasting influence of those decisions in subsequent cases and contemporary legal scholarship throughout the common law world.

Sarah Hamill At law, at equity, (sometimes) at odds with other judges: Chief Baron Palles and the Judicature Act

Oonagh B. Breen From proof to presumption: the contribution of Palles to the public benefit debate in charity law

Mark Coen Safeguarding against ‘evil results’: the Chief Baron and contempt of court

Niamh Howlin Compensation for criminal injuries: Palles at the intersection of civil and criminal law

Eoin O’Dell The Aeolus episode in Ulysses and the Freeman’s Journal: Chief Baron Palles and the law of defamation

Bonus links: here and here are previous celebrations of Bloomsday on this blog.

One Reply to “The Aeolus Episode in Ulysses and the Freeman’s Journal: Chief Baron Palles and the law of defamation”