SEANAD REPORT: ACADEMIC FREEDOM must be protected in view of the fact that some of the important criticisms of what had been happening in this country in recent years had come from people in academia rather than from the Oireachtas, Rónán Mullen (Ind) said.

One hundred and fifty academics had criticised proposals in the Croke Park agreement, which they claimed would pose a serious threat to academic freedom.

Referring to a letter published in The Irish Times, Mr Mullen said its signatories had said there was a threat to the right to permanency and tenure to retirement age, which was the bedrock on which academic freedom rested. He thought it was very important that academic freedom would not be undermined when one considered the sources of criticisms of the way the country had been governed.

The definition of the right of academic tenure should not be achieved at the expense of the rights of those holding temporary positions, he also argued.

It’s not often I agree with Ronán Mullen, but I’m glad that he now agrees with me! See my posts on the various legal protections of academic freedom and tenure.

The letter to which he refers is here. 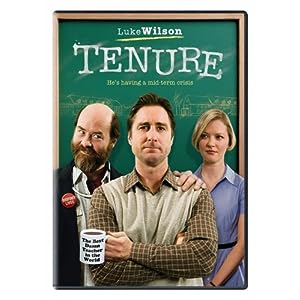 the very word connotes safety, security, and a sense that you have made it in academia. But is the system really all it is cracked up to be, or is it lumbering into the world of 21st century academia like a dinosaur that hasn’t heard it is supposed to be extinct?

In earlier posts on this blog, I have looked at various issues relating to the various legal protections of academic freedom and at the concomitant concept of academic tenure as a matter of principle. In today’s post, I want to look at it as a matter of law.

The starting point is the Universities Act, 1997. Section 25(6) (also here) of the Act provides (with added emphasis):

A university may suspend or dismiss any employee but only in accordance with procedures, and subject to any conditions, specified in a statute made following consultation through normal industrial relations structures operating in the university with recognised staff associations or trade unions, which procedures or conditions may provide for the delegation of powers relating to suspension or dismissal to the chief officer and shall provide for the tenure of officers.

The Statutes of a university constitute its basic law, and section 3 of the 1997 Act (also here) provides that “officer[s]” include “permanent, full-time member[s] of the academic staff of the university”.…

… This statement is designed to help clarify both what academic freedom does and doesn’t do.

1. Academic freedom means that both faculty members and students can engage in intellectual debate without fear of censorship or retaliation.

2. Academic freedom establishes a faculty member’s right to remain true to his or her pedagogical philosophy and intellectual commitments. It preserves the intellectual integrity of our educational system and thus serves the public good.

3. Neither academic freedom nor tenure protects an incompetent teacher from losing his or her job. Academic freedom thus does not grant an unqualified guarantee of lifetime employment.

It’s not just civil libertarians who worry that 9/11 has been used to justify insidious state overreach; academics have a mounting set of concerns, too. A new essay collection, Academic Freedom in the Post 9/11 Era (Macmillan), whose contributors include Cornel West, Noam Chomsky and Henry Giroux, makes the case that universities are in trouble. Its editors are Edward J. Carvalho and David B. Downing.

The book presents academe as bullied by corporate interests, saddled by the need to curb its rhetoric to match national political agendas, and pressured by the military. Its message so piqued Stanley Fish that he used its authors as characters in a short Kantian morality play on his New York Times blog, pitting them against conservative academic David Horowitz and provoking a few hundred comments.

Omar Ha-Redeye has blogged on Slaw about an Ontario CA decision that is very relevant to the judicial review proceedings being taken by Andrew Croskery to challenge his degree results in Queen’s University Belfast (on which I have previously blogged: 1, 2, 3). The gravamen of those posts was that courts are slow to disturb substantive academic decisions, though beyond that sphere, they will of course give effect to claims in tort or for breach of contract. This distinction is at the heart of the case at issue in Omar’s blogpost: Jaffer v York University 2010 ONCA 654 (7 October 2010).

In this case, the plaintiff challenged a decision to exclude him at the end of his first year because he had not maintained a sufficient grade average, on the grounds that the university had failed to make proper accommodation for his Trisomy 21 (Down’s Syndrome) and that he had detrimentally relied on an alleged promise by a professor to defer his status while the dispute over disability was resolved. His claim failed at first instance, in part on the ground that, “[w]hile there may be contractual or tortious issues within the broader claim, if the pith and substance of the impugned conduct is academic in nature, the action cannot be continued in the courts” ([24] Pitt J).…

Further to my two previous posts concerning student challenges to degree classification, there is a piece in this week’s Times Higher Education on the judicial review proceedings taken by Andrew Croskery challenging his degree results in Queen’s University Belfast. The piece contains some interesting reactions to the challenge [with added links]:

… Bahram Bekhradnia, director of the Higher Education Policy Institute, warned that if the case were successful it could unleash a wave of similar challenges. “Of course it is important that universities do right by students. But if a student feels they are getting inadequate supervision, contact or anything else, they should deal with it up front and at the time. Otherwise the floodgates will be opened and it will be impossible to judge genuine cases from chancers,” he said.

Roger Brown, professor of higher education policy at Liverpool Hope University, described the case as a battle between academic authority and the marketisation of higher education. He said a ruling in favour of Mr Croskery would be “disastrous” because it would undermine universities’ academic authority. He noted that legal challenges of college grades were quite common in the US but said British courts had taken the view in similar previous cases that universities were in the best position to make academic judgements.