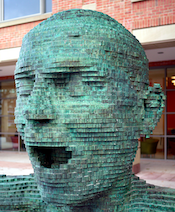 Patrick Corrigan, Amnesty International’s Northern Ireland Programme Director, said: “The decision by Queen’s to give the go-ahead to the Charlie Hebdo event is clearly the right one. The original decision by the university to cancel the event generated significant public outcry, because people care passionately about this issue.[“] …

One Reply to “QUB Charlie Hebdo event will go ahead, after all”